Blog > Op-Ed > The morality of capitalism

The morality of capitalism 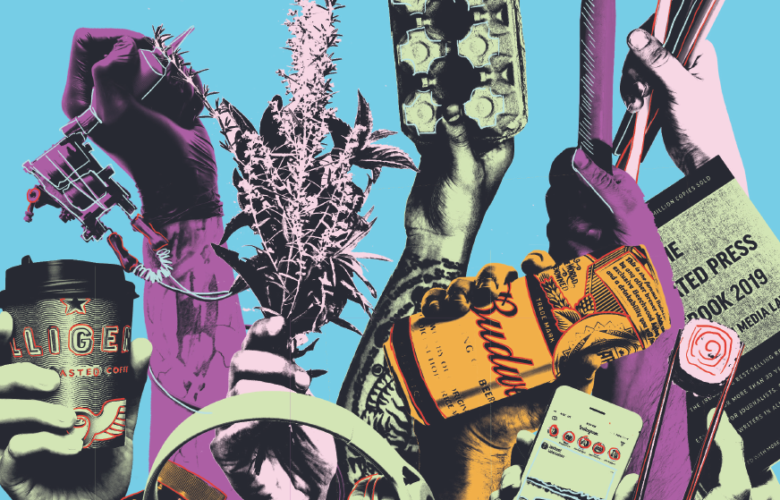 This article is featured in the fall edition of our quarterly magazine Sword&Scales. To read the full edition visit: swordandscales.pacificlegal.org/

Socialism is popular again. The rise of politicians such as Bernie Sanders and Alexandra Ocasio-Cortez shows how the promises of socialism are once again influencing our political debate. It’s not easy to pin down a single reason for socialism coming back in vogue, but one undeniable factor is the longstanding belief that socialism is a more moral and caring system than capitalism.

This perspective, however, overlooks the moral bankruptcy of socialism while denying the moral virtues of capitalism. We’ve explored in this issue many of the ideas behind these two political systems and their consequences, both good and bad. It’s no coincidence that capitalism’s morality is a driving factor in its success.

America was founded on the moral ideal of individualism—the view that each of us is sovereign, possessing an inalienable right to life, liberty, and the pursuit of our own happiness. Our government was created to secure these rights. Its aim according to the Constitution is to “establish justice” and “secure the blessings of liberty.”

The social system compatible with America’s Constitution is capitalism. This is the political-economic system that fully recognizes individual rights—including property rights—leaving each person at liberty to think, produce, and trade voluntarily for mutual improvement. It is the system that respects individuals as free and independent.

Yet today, the capitalist system has been emblazoned with the scarlet letter of immorality.

On its surface, this is surprising. Capitalism has lifted millions of people out of poverty and has proven to be the most practical system for large-scale prosperity. Economists from Adam Smith to Ludwig von Mises have demonstrated that free enterprise enables economic progress. History has shown that wherever capitalism is tried, innovation and production flourish. After millennia of relative economic stagnation, capitalism’s emergence in the late 18th and early 19th centuries transformed the modern world with continuous growth in living standards. People living only a few generations ago would be shocked at the comforts we enjoy today.

So why does socialism continue to attract so many?

While most people acknowledge that capitalism produces the wealth, many are not fully convinced the system is right. These critics view capitalism, entrepreneurs, and business owners with suspicion. Meanwhile, they discount the practical failures of socialism because they view the system as more noble or compassionate.

But this moral confusion has devastating consequences. People clung to dysfunctional political systems in the 20th century, even in the face of misery, because they believed these systems had moral aims. Communists did not give up on collectivism after 75 years, even as tens of millions of corpses piled up. Even today, there are apologists for the ongoing catastrophes in Cuba and Venezuela.

Socialists do not typically oppose capitalism because they believe it is an economic failure but because they feel that on some level it is immoral. The fact that capitalism champions the profit motive and depends on and rewards self–interest is seen as selfish.

We should ask, then, what the moral status of the profit motive is. What does it take to profit in a free economy?

One profits by gaining something for oneself through trade. Under capitalism, no government bureaucrat commands and controls your economic choices. A person gets what he wants only by offering something of value to others in exchange for labor, service, savings, or a valuable idea or product.

Under capitalism, pursuing one’s self-interest is a matter of disciplined virtue. It requires a person to accept responsibility for her own life—to engage in thought, effort, independence, and productivity to create and contribute something useful. Moreover, the hallmark of capitalism is justice: each of us is paid only what we have earned according to the uncoerced judgment of those who trade with us.

Under capitalism, wealth is not static and trade is not zero-sum. New ideas, effort, productivity, and trade lead to the constant creation of new wealth. Under capitalism, people don’t fight for their share of a single economic pie; we create an ever-expanding number of new pies.

The profit motive is therefore not merely practical but good—an economic expression of each individual’s constitutional right to live responsibly and productively in pursuit of happiness.

Is every businessperson and individual living under capitalism a moral exemplar? Of course not. Dishonest and unethical people exist in every society. But capitalism encourages and rewards virtue, while the market works against the unthinking, the unproductive, and the immoral.

This article is featured in the fall edition of our quarterly magazine Sword&Scales. To read the full edition visit: swordandscales.pacificlegal.org/