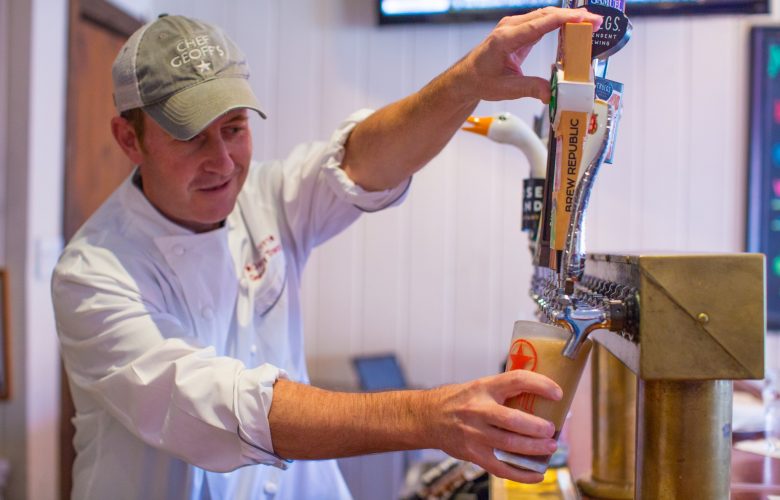 We’ve finally made it to the merits in our happy hour advertising lawsuit against Virginia’s absurd censorship regime. It’s been a struggle.

As I detailed in the Washington Post, the Virginia Alcoholic Beverage Control Authority (ABC) and the state Attorney General’s office have barraged our plaintiffs with onerous and time-consuming discovery requests. So far, we’ve produced over 68,000 financial documents detailing every item sold for a year, not just by the plaintiff restaurant but by three other restaurants located in other states that our client has a financial interest in as well.

To this day, the Attorney General’s office has continued to insist on more document production and more depositions—requests that are largely irrelevant to this happy hour advertising lawsuit and needlessly intimidate the clients. Thankfully, our client, Chef Geoff Tracy, has stayed strong, and this week, we filed our opening brief on the merits, arguing that the state can’t keep consumers in the dark about entirely truthful information just because it’s afraid of what people might do with it.

As we point out in our brief, there’s simply no evidence that advertising reduced prices like “$7 chardonnay” or clever puns like “Wednesday Winedown” will send Virginians into a happy hour binge fest.

But, the bigger problem with the government’s argument is the underlying principle: it wouldn’t matter if the state’s censorship was actually effective at getting citizens to refrain from attending happy hour because it can’t censor truthful information to coerce people into behaving well in the first place! Offering happy hour is legal. Buying a drink at happy hour is legal. Therefore, it must be legal for people to talk about it.

ABC filed its own brief asking the judge the rule in its favor—and it’s a doozy. It starts with an anecdote of a woman who attended happy hour in Washington D.C., drove while intoxicated, and severely injured one woman and killed another. This event is certainly tragic. But, ABC cannot explain how it is remotely relevant to its happy hour censorship.

There’s no evidence that a happy hour ad convinced this woman to get into her car while inebriated. Also, in the District of Columbia (where happy hour advertising is freely permitted), there are actually fewer alcohol-related fatalities overall. The story ABC tells is sad and contains lessons about drinking and driving, but it doesn’t actually provide any evidence that Virginia’s ban on prices and puns is necessary.

The parties will file their opposition briefs on December 31, and argument will be held on January 22, 2019. We’re hopeful the judge will agree that the problem isn’t prices and puns—it’s censorship.