We are again celebrating February 24 as National Public Interest Law Day.  This is an appropriate time to reflect on the role of lawyers in defending the liberties of Americans. As we explained last year, we chose February 24 because that was the day in 1761 that James Otis, Jr., made his impassioned defense against the hated writs of assistance in Colonial America. Otis was the lawyer who turned his back on a lucrative and prestigious career as the chief lawyer for the Crown in order to defend Americans against the British practice of bursting into homes in order to search for goods in supposed violations of tariffs and import restrictions. Otis was brilliant and his defense of individual liberty was unprecedented. As John Adams was to later write, “Then and there was the first scene of the first act of opposition to the arbitrary claims of Great Britain. Then and there the child of independence was born.”

But the role of lawyers in defending the rights of individuals has remained undiminished in the centuries since James Otis. In one of the most compelling portraits of a young America, Alexis de Tocqueville wrote about the role of lawyers in his seminal work Democracy in America based on his observations when he visited the United States in 1830 to 1831.

In particular, while enamored with the new nation’s experiment with democracy, de Tocqueville recognized the potential majoritarian tendencies to suppress the liberties of individual citizens inherent in a pure democracy. Tellingly, he saw lawyers as a bulwark against those tendencies. In a chapter aptly titled Causes Which Mitigate the Tyranny of the Majority in the United States, Tocqueville wrote of the essential role of lawyers in preventing the excesses of democratic majorities:

The more we reflect upon all that occurs in the United States the more we shall be persuaded that the lawyers, as a body, form the most powerful, if not the only, counterpoise to the democratic element. … When the American people are intoxicated by passion or carried away by the impetuosity of their ideas, they are checked and stopped by the almost invisible influence of their legal counselors. 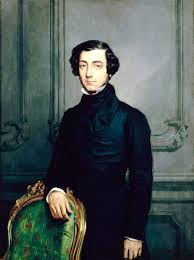 Tocqueville attributed much of the success of lawyers in defending liberty to their conservative nature – meaning their reluctance to endorse sudden and often unwise changes in established legal doctrines and principles. While his characterization of lawyers is not always flattering, as when he wrote of “Their superstitious attachment to what is old to its love of novelty, their narrow views to its immense designs, and their habitual procrastination to its ardent impatience,” those characteristics were effective, in Tocqueville’s mind, in stopping democratic tendencies towards tyranny.

Tocqueville also recognized the critical role of the judiciary in fighting tyranny:

Armed with the power of declaring the laws to be unconstitutional,the American magistrate perpetually interferes in political affairs. He cannot force the people to make laws, but at least he can oblige them not to disobey their own enactments and not to be inconsistent with themselves.

While Tocqueville wrote of the role of the legal profession in protecting liberty based on his observations in 1831 and 1832, we believe his assessment remains true over 180 years later. Pacific Legal Foundation is proud to carry on the tradition of defending the liberty of Americans in courts across the United States – a nation today far vaster than the one observed by Tocqueville and one still committed to liberty.

We fight for freedom in the courts not because we are especially enamored by a superstitious attachment to tradition, but it is because we are passionate about the rights of individuals.  It is as true today as it was in the early days of the republic, we as lawyers must use the courts to defend the liberties that are forgotten about or even usurped by the legislative and executive branches of government.

Whether we are fighting for small landowners from Mike and Chantell Sackett to Coy Koontz, Jr., in the United States Supreme Court to defending the right to earn a living without running afoul of irrational government cartels, we fully embrace our role as lawyers following the tradition that was so brilliantly blazed by James Otis and described by Alexis de Tocqueville.