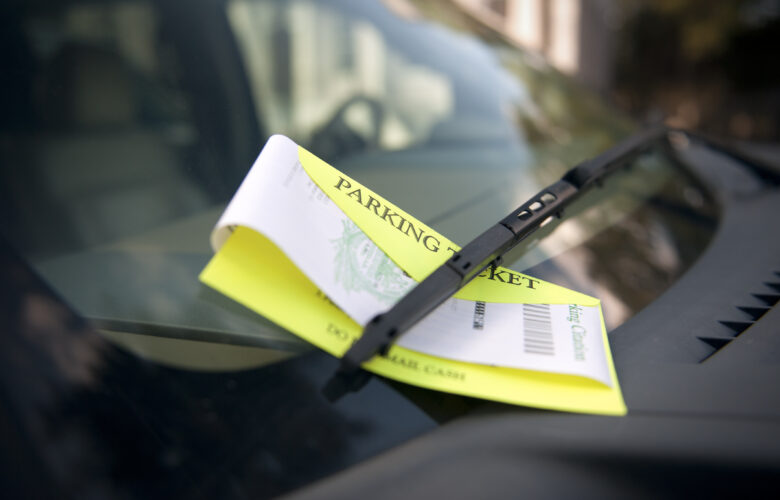 When attorneys Phil Ellison and Matt Gronda saw a meter maid chalking someone’s car tire outside the courthouse in Saginaw, Michigan, they decided to make a federal case of it. After all, a car is private property, they reasoned, and leaving a chalk-line behind on it to find out if it moves is a “search.”

In 2012, the U.S. Supreme Court came to the same conclusion in ruling on a case dealing with the attachment of a GPS device to a vehicle. Because the Fourth Amendment requires government agents to get a warrant before searching private property, this practice is unconstitutional, as the Court rightly upheld.

At first glance, this case might seem like small potatoes. “So what’s really at stake?” you might ask, “my right not to have chalk on my tire?” Sure, it’s a small intrusion, but much more is at risk if the federal appeals court accepts the government’s position.

The City of Saginaw has argued that parking is a highly regulated activity—an oft-repeated claim that typically means the government doesn’t need to get a warrant.

Let’s unpack that. If the presence of regulations produces an environment that reduces Americans’ right to refuse warrantless searches, then governments would be in control of a lever that ratchets constitutional protections only in one direction: downward.

Surely then, this can’t be an accurate reading of the Constitution, which is supposed to be supreme to all other laws—even regulatory ones. That’s why Pacific Legal Foundation (PLF) filed a brief with the court to explain how this part of our Constitution operates. During oral arguments, the three-judge panel considered PLF’s argument that invasions of property, even minor ones, should not be considered under a standard that is overly deferential to the government.

In the United States, unlike some other countries (I’m looking at you, United Kingdom), we have a written Constitution.

One of the major benefits of a written Constitution is that it locks in place its protections for civil liberties. Some constitutional scholars call this the Fixation Principle, and it prevents governments from eroding liberties over time.

Thus, the Fourth Amendment’s requirement that government agents get a warrant before interfering with private property—whether it’s a home or a car—can’t be lowered by government action without actually amending the Constitution, which is incredibly difficult.

So, what does the Constitution say about chalking tires? Is there an exception for regulated activities? Well, the Bill of Rights prohibits all “unreasonable searches and seizures,” which had a specific meaning at the time this part of the Constitution was ratified in 1791. While describing the full meaning of the phrase might require a 20,000-word law review article, the TLDR version is that searches are presumed unreasonable, or unconstitutional, without a warrant signed by a judge.

Warrantless searches are allowed only under the sorts of circumstances that would have been reasonable at the time of the Founding. This includes responding to emergencies, arresting fleeing suspects, and searches at the border.

More relevant here, certain searches based on specific suspicion of criminal conduct were also considered “reasonable” without a warrant in 1791, including searches of vehicles that may contain contraband. At that time, those contraptions were sail-powered and horse-drawn, but the Supreme Court has placed modern vehicles in the same category.

But those searches had to be cause-based. In Saginaw, the car tires being chalked were not overparked or suspected of being used in any infraction or crime. The chalking was purely a fishing expedition for future parking violations. This is likewise true for PLF’s clients in a federal lawsuit in California whose homes are subject to inspection without cause merely for owning a specific type of bird. The government’s arguments in that case parallel the City of Saginaw’s justification for chalking tires: The existence of regulation diminishes their constitutional rights. There is in fact strong historical evidence that it is exactly these sorts of suspicionless regulatory searches that the Fourth Amendment was drafted to prohibit.

The global pandemic of 2020 drove more Americans’ business lives into their homes, while the local, state, and federal regulatory codes have only grown. If we care about our liberty against arbitrary intrusions on our private property—in our homes, our devices, and our vehicles—we must ask the courts to respect the original meaning of our Constitution in every case, even when the government is only chalking tires.

Warrantless searches threaten the rights of all Americans November 05, 2018 I By TIMOTHY SNOWBALL