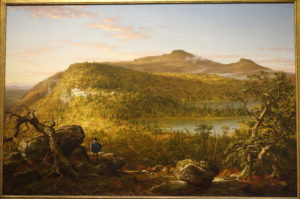 Yesterday, the Second Circuit Court of Appeals rejected an environmentalist challenge to a 2008 EPA rule exempting water transfers from Clean Water Act permitting requirements.* In Catskill Mountains Chapter of Trout Unlimited v. EPA, the court held that EPA’s so-called Water Transfer Rule—which exempts the transfer of water from one navigable water to another from permitting requirements—reasonably interprets the pertinent but ambiguous provisions of the Clean Water Act. It therefore is entitled to deference under Chevron U.S.A., Inc. v. Natural Resources Defense Council, a seminal 1984 Supreme Court decision which established the modern framework for judicial review of administrative agency interpretation of statutes. Under that framework, courts reviewing agency interpretations of statutes must accept those interpretations, even if they are not the “best,” so long as they are “reasonable.”

In their challenge, the environmental plaintiffs argued that such an interpretation would frustrate the Clean Water Act’s main purpose of protecting the physical, chemical, and biological integrity of the nation’s waters. After all, the Water Transfer Rule would allow water to be taken from extremely polluted River X and be deposited in extremely clean River Y, without any permit needed. Yet the same addition of pollutants would require a permit so long as the pollutants did not immediately originate from another water.

Fair point, the Second Circuit responded, but not decisive. Although regulating water transfers might be the best thing for water quality, that’s not the only purpose of the Clean Water Act. Another important purpose is to preserve states’ traditional authority over land-use and water-related policy-making. That purpose would be undercut by inserting significant (and overriding) federal regulation into water transfers. Moreover, federal regulation of water transfers would impose extremely burdensome requirements on the agencies that effect these transfers, ultimately resulting in significant costs for consumers. Also, EPA has never regulated water transfers in the 40+ years of its permitting history, a fact that Congress surely has been aware of—yet Congress has never acted to require permits for such transfers. Taken together, these counter-considerations may not fully trump the environmentalist concern over water quality, but they are enough, in the Second Circuit’s view, to make EPA’s interpretation reasonable and therefore decisive.

Undoubtedly, the disappointed environmentalist plaintiffs will seek review in the Supreme Court. The case may well attract the justices attention, not just because of the importance of underlying issue, but also because of the prominence of Chevron deference in the Second Circuit’s opinion. That doctrine, as well as various related doctrines, have recently come under significant attack from a variety of sources. This case may give the High Court the opportunity to address (and possibly resolve) those attacks.

*PLF was not involved in this litigation.