We’re representing the Murrs at the Supreme Court

We filed this this reply brief on the merits in Murr v. State of Wisconsin. We’re representing the Murr family in its appeal of a Wisconsin court’s decision that the family cannot build on or even sell a lakefront lot simply because they own another adjacent but completely separate lot. This is tantamount to a rule that the more one owns the more the government can steal. Here’s our blog post. We expect oral argument to be set for the fall.

In its never-ending quest to make life worse for property owners, the federal government is proposing to make more difficult the process of obtaining streamlined “nationwide” permits for small wetlands project. In conjunction with the new Waters of the United States or WOTUS rule, permitting for minor projects with negligible impacts will become significantly more cumbersome. We filed this comment letter the with the federal government. Our blog post here explains this in more detail.

The frog that isn’t there

Endangered species — protecting a frog where it doesn’t croak

We’re filing a petition for rehearing in Markle Interests v. United States Fish & Wildlife Service. That’s the case where the Fifth Circuit held in this opinion that the Service can designate 1500 acres of private property in Louisiana as “critical habitat” for the Dusky Gopher Frog, despite the undisputed fact that the frog has been absent from the state for over 50 years and the land is presently not suitable for the frog. In a two to one decision, the court figured that might change someday somehow and upheld the Service. We’re asking the full court of appeals to review.

We filed this brief in opposition to the state’s motion to dismiss in, Vogt v. Ferell, our challenge to West Virginia’s law giving competitors the right to stop new moving companies in that state. This is not a question of health and safety — new companies could be held to the same standards as anyone else. Instead, this is all about unfairly stopping entrepreneurs in their tracks. 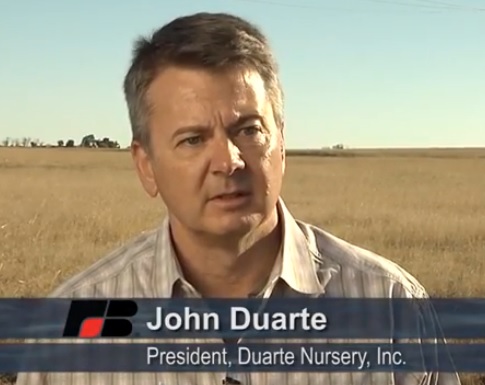 Suing the federal government is tough enough, but it’s now gotten a lot worse. Our client John Duarte sued the feds in Duarte v. United States Corps of Engineers after Duarte received an unlawful “cease and desist” letter.This letter told Duarte that he had farmed a wetland and faced massive consequences as a result. Duarte stopped farming and sued, arguing that the order was invalid because he had not violated the wetlands law. But then, the government retaliated by bringing an enforcement action and seeking draconian penalties. In other words, the Corps is trying to punish Duarte because Duarte sued the Corps. We then charged the government with violating Duarte’s right to go to court. However, the trial court found that the government enjoys “sovereign immunity” and cannot be sued for retaliation. That just isn’t right, not even the Corps is above the law, and we filed our notice of appeal and a motion to stay the underlying proceedings this week To see the filings and to sort this all out, you can see our blog post here.