What's a Public Use? A soccer stadium? A casino? 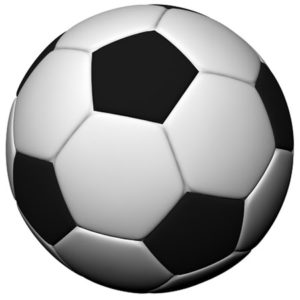 Two cases in the news this week made me wonder if I read the Fifth Amendment differently than the rest of the country.

The Fifth Amendment to the Constitution says “nor shall private property be taken for public use, without just compensation.” There are any number of interesting questions raised by that language, but I want to focus on just one: what is the kind of “public use” that justifies the government taking private property?

I can understand why a publicly-owned stadium, to be used by the public, would fall within the Fifth Amendment.  Here, the city intends to push that logic to its outermost extreme by owning the stadium, while the soccer club acts as the site’s “developer.” Is that a public purpose? Is it really in the public interest to take a church’s property in order to give the property over for use to a private soccer team?  The Mayor of Orlando thinks so.

But that property grab may pale in comparison to what the government is doing in Atlantic City. The Casino Reinvestment Development Authority (CRDA), a state government agency, seeks to take the property of a senior citizen named Charlie Birnbaum who has lived in his family home in AC for decades.  The CRDA virtually admits that it wants the property to benefit the privately-owned casinos:

“The state has recognized the economic engine is the casinos, and Atlantic City is vital to the success of the State of New Jersey,” he said. “That’s the public purpose here.”

Years ago, the CRDA tried this same gambit in Atlantic City and failed. In that case, the CRDA went after a widow’s home to benefit a casino. At that time, the courts said no dice, and told the CRDA that taking a person’s private property to benefit a privately-owned casino is not taking property for public use.

That decision makes sense to me.  Yet here we are, a decade or two later, and the CRDA is back at the table again, placing its bet that the courts won’t look at this case the same way they looked at that prior case.

In my opinion, it’s a funny game these governments are playing with private property rights.  And the governments need to adhere to the rules of the game, as written in the Fifth Amendment to the Constitution.