Blog > The never-ending story of the wolverine

The never-ending story of the wolverine 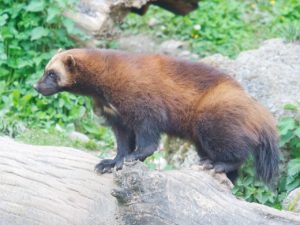 The fight over whether to list the wolverine under the Endangered Species Act has dragged on for twenty years. Yesterday, a federal district court in Montana decided to prolong the battle.

The scientific dispute centers on whether climate change science is too speculative a basis for deciding whether the wolverine in the lower 48 states is threatened (the wolverines of Alaska, Canada, and Europe are getting along fine). But a more fundamental question exists: does the Fish & Wildlife Service even have authority to list the wolverine population in the continental United States?

PLF brought that question to federal court. We argued that the ESA doesn’t let the Fish & Wildlife Service carve out little slices of animal species and declare these subgroups to be endangered or threatened. The ESA only allows Fish & Wildlife to list “species.” But the ESA has an odd definition for that word: “species” includes “subspecies” and “distinct population segments of species.” The wolverine population at issue here is a distinct population segment of a wolverine subspecies.

This isn’t just academic claptrap. Animal listings affect property owners, farmers, ranchers, and others across the species’ range. If Fish & Wildlife can lower the bar for listing by meddling with the definition of what constitutes a “species,” then its power to impose heavy regulations expands.

Sadly, the court rejected our statutory argument. And it held that Fish & Wildlife’s determination that climate science is speculative was so “arbitrary and capricious.” This unfortunate decision could hurt farmers and ranchers throughout the Rocky Mountain west if the wolverine is listed. With luck, the Fish & Wildlife Service will stick to its conclusion that it shouldn’t impose heavy regulations based on the speculation of climate science.

The crisis exception to the Constitution? September 17, 2021 I By JAMES BURLING