Wanted: Courts that stand up to government bullies 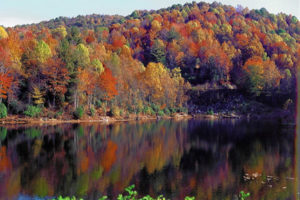 Should courts defer to democracy? Many do. In fact, most constitutional challenges face an uphill battle because courts hesitate to question the judgment of legislatures. In a brief filed today in the North Carolina Supreme Court, we explain how this judicial restraint veers from our constitutional commitment to liberty over democracy.

The case is about a town bully. But here, the town is the bully. It abused its lawmaking authority to force out a wildlife sanctuary it didn’t like. An elected town council passed an ordinance that prohibited animal habitats near the shoreline of Buckeye Lake where the Genesis Wildlife Sanctuary sat. The evidence showed that the town did not have any legitimate environmental or public health rationale; it just wanted to oust the sanctuary. Genesis sued. It argued that the town deprived the sanctuary of its property without due process of law because the town had no legitimate government purpose for the ordinance.

The trial court and a divided court of appeals both ruled for Genesis. One judge on the court of appeals would’ve upheld the law as a legitimate protection of the lake, which served as the town water supply. Yet evidence showed that public health had nothing to do with it. The dueling opinions between the appellate judges revealed a fundamental disagreement over the role of the judiciary in a democratic society: how much should courts defer to legislative judgment calls?

Believers in judicial restraint often invoke the so-called “counter-majoritarian difficulty.” This theory posits that judges should presume a law is constitutional without thorough evidence that no legitimate rationale could ever support the law. After all, why should a small unelected body have the authority to override the will of elected representatives? Well, the Constitution; that’s why.

Our Constitution restrains majority rule in order to protect liberty. The founders who wrote the Constitution were troubled by the dangers of runaway democracy. When James Madison wrote of a need for a new constitution, he cited unchecked democracy as a “greater evil” to address. Madison said that experience had taught him to question the idea “that the majority who rule in such Government, are the safest Guardians both of public Good and of private rights.” He mourned how easily “base and selfish measures” are “masked by pretexts of public good and apparent expedience.” That sounds a lot like the town council here–using the pretext of public health to disguise a bare desire to harm a wildlife sanctuary. Madison’s peers also shared this worry over the “excess of democracy.” So they built a Constitution to fight that excess.

The founders’ concerns show that they kept a wary eye cast toward the majoritarian difficulty, not the counter-majoritarian difficulty that has sparked the misguided embrace of judicial restraint. As Judge Janice Rogers Brown put it: “the better view may be that the Constitution created the countermajoritarian difficulty in order to thwart more potent threats to the Republic: the political temptation . . . to benefit narrow special interests.” This echoes Alexander Hamilton’s warning that “it would require an uncommon portion of fortitude in the judges to do their duty as faithful guardians of the Constitution, where legislative invasions of it had been instigated by the major voice of the community.” In other words, judges should stand up to majority rule when it threatens individual rights.

At PLF, we call upon courts to gather up an “uncommon portion of fortitude.” Courts should defer to the true sovereign–the individual–by upholding that individual’s rights in the face of overpowering majorities.