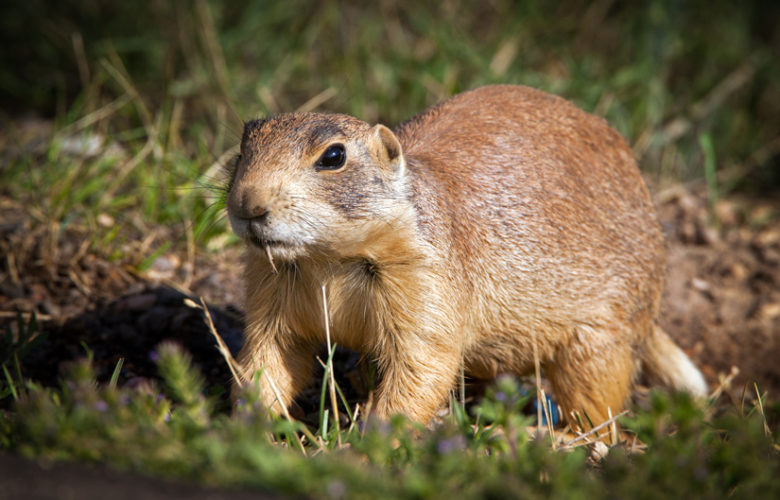 For decades, a federal agency had forbidden people in southwestern Utah from doing things that most of us take for granted in our own communities, like building homes, starting businesses, or protecting their airport, playgrounds, and cemetery from disruption, all ostensibly to protect the Utah prairie dog. Thanks to a lawsuit PLF filed on behalf of People for the Ethical Treatment of Property Owners, the state got an opportunity to show a better way to recover the species, without imposing such harsh burdens on the community. This week, the U.S. Fish and Wildlife Service effectively endorsed the state’s plan by granting permits to the affected counties to implement it. This is a win for federalism, property rights, and conservation.

If you’re not familiar with PLF’s Utah prairie dog case, it all started with an extremely broad, burdensome, and controversial federal regulation. The Utah prairie dog is listed as “threatened” under the Endangered Species Act. For decades, the U.S. Fish and Wildlife Service had inflexibly forbidden the “take” of any Utah prairie dog—an exceedingly broad prohibition that even forbade moving prairie dogs from backyards, playgrounds, and the airport to public conservation lands. As a result, people could not build homes in residential areas overrun by the rodents, had to fence off playgrounds from local children, and could not protect airport runways and a serene cemetery from the animal’s disruptive tunneling and burrowing. This imposed significant burdens on those who live in the areas affected by the regulation.

As Utah prairie dogs have moved from their natural habitat to suburban and residential areas, this regulation has been the source of intense conflict, as I explained in a recent article about the case for the Property and Environment Research Center.

[T]oday’s population of Utah prairie dogs is very different from the one that existed a hundred or more years ago. The rodent’s natural habitat is semi-arid shrubs and grasslands. But these days they seem to prefer the suburbs and farmland, which provide abundant food and protection from predators. As of 2010, approximately 70 percent of Utah prairie dogs reside on private property, thanks in large part to the positive impacts of human development on the species. The prairie dog’s affinity for residential and agricultural areas has predictably led to conflict. But fault does not lie with the prairie dog. The true culprit is an Endangered Species Act regulation that pits property owners and prairie dogs against each other.

Feeling like federal bureaucrats were ignoring their concerns, the property owners banded together as People for the Ethical Treatment of Property Owners and, represented by PLF, challenged the constitutionality of this regulation. We argued that the Commerce Clause could not be stretched this far: the activity forbidden by the regulation isn’t commerce, the Utah prairie dog isn’t tied to commerce, and there is no other connection between this regulation and commerce.

When the federal district court agreed with us—the first time a federal court had ever struck down an ESA regulation for exceeding the Commerce Clause—it gave Utah an unprecedented opportunity to craft its own program to recover the species. Recognizing that the Utah prairie dog’s long-term recovery would not be in residential areas, the state spent hundreds of thousands of dollars to improve natural habitat on state-owned lands. Then, working with property owners, the state began moving prairie dogs from residential areas to the improved habitat on public lands, where they could be permanently protected.

This was a win-win. Property owners no longer bore unnecessary burdens and the species finally began making progress toward a sustainable, long-term recovery. It took nearly thirty years for the species to double from 20,000 in the early eighties to 40,000 in 2012. But, under state management, it doubled again in a mere 5 years, reaching 84,000 in 2017. The reason is simple: whereas the federal regulation had needlessly pitted property owners against the species, the state plan enlisted property owners as partners in conservation—and both the state and property owners responded to those incentives.

Therefore, it was doubly disappointing when the Tenth Circuit overturned the district court’s decision, restoring the federal regulation, and criminalizing any further implementation of the state’s conservation plan. (Recall that the federal regulation is so broad that it makes it a crime to move a single prairie dog, even for conservation purposes.) Earlier this year, the Supreme Court declined to review the case.

Although that was the end of the case, it was thankfully not the end of the story. This week, the U.S. Fish and Wildlife Service issued permits to every affected county allowing them to resume implementing the state’s plan. Although it’s not the judicial precedent we sought, this is nonetheless a big win for the people of Utah and the Utah prairie dog. If not for our case, Utah would never have had the opportunity to show that there’s a better way to recover the species, through collaboration rather than conflict. Now, even the federal agency has learned that lesson.

People for the Ethical Treatment of Property Owners v. Fish and Wildlife Service