An attempt at ESA reform

Pacific Legal Foundation has long been concerned with the dangers posed to property owners by the Endangered Species Act.  PLF’s environmental litigation, including its ESA work, ensures that laws like the Endangered Species Act do not violate Americans’ property rights and other liberties. Thankfully, the movement for reform in environmental law is not exclusive to the nation’s courts. Last year Kentucky Senator Rand Paul introduced a bill entitled “Endangered Species Management Self-Determination Act.”  Currently the bill is being considered in committee and it’s forcing lawmakers to address the effectiveness and abuses of the ESA.

To address concerns that the ESA overreaches into local affairs, the bill would return authority to the states. Currently, the United States Fish and Wildlife Service handles essentially the entire regulatory process for species listing, including proposals, data analysis, final listings, and enforcement. The bill would amend the ESA by requiring the consent of a state’s governor before federal agencies can act within the state. Of course, states remain free to regulate endangered species under state law, but if the feds want in, they need permission.

The bill also makes important changes to the listing process that will prohibit recovered species from idling on the endangered list too long.  Under the current regime, a species could remain protected long after it’s recovered if the Service doesn’t get around to delisting it. That was the case for Minnesota resident Edmund Contoski. In 1999, the Service announced the recovery of the bald eagle, but the agency did not follow up on its proposal. The Service’s delay prevented Contoski from developing several lake-front lots.  Finally, in 2007, the Service delisted the eagle, but only as a result of a lawsuit brought by PLF.  To prevent similar abuses, the bill requires any listing to be approved by a joint resolution of Congress before going into effect.  Further, the bill mandates the automatic delisting of a species after five years of ESA protection—with an available relisting process, if necessary.  Senator Paul’s bill would protect property owners from litigation costs and delays like those that Edmund Contoski was forced to bear. 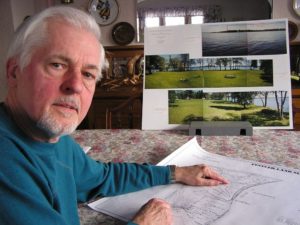 The bill addresses the loss in value to property owners caused by species listing by compensating aggrieved property owners. Under the current ESA, individual landowners must bear the full cost of allowing, as the late Justice Antonin Scalia put it, their “land [to be] conscripted to national zoological use.” Generally, landowners must bear this disproportionate cost until the species is delisted—which, as noted above, rarely happens.  The ESA places this burden on landowners notwithstanding that the preservation of endangered species is supposed to provide a general public good.  That result is unjust and counter-productive: without compensation, property owners are hesitant to report findings of endangered species or allow scientists to survey their land for fear of facing burdensome regulation and property devaluation.

PLF will take no position on the bill, but we do commend Senator Paul for bringing much needed attention to the plight of property owners saddled with wrong-headed—and often unconstitutional— endangered species regulation.