Another common sense decision against "take by permit" under the ESA

We recently reported on the Fifth Circuit Court of Appeals’ decision in The Aransas Project v. Shaw, which held that the Texas Department of Environmental Quality had not committed illegal take of endangered whooping cranes by issuing permits for diversion of water hundreds of miles upstream from their refuge on the Gulf Coast.

Another recent federal court decision rejects the same theory, namely that a government agency can be liable for take of endangered species merely if it issues permits for otherwise perfectly lawful activity.  In California River Watch v. County of Sonoma, the plaintiff alleged that permits which the County issues for vineyard development would harm federally listed California Tiger Salamander, because vineyards could be developed in areas that are listed as critical habitat for the amphibians. River Watch claimed that the County should be held liable under the ESA just for issuing the permits.

But the federal district court in San Francisco held that the connection between issuing vineyard permits and any potential future harm was too tenuous.  The court found that River Watch was unable to identify any particular take that would occur in any particular place as a result of the issuance of a permit, and that the suit was therefore not ripe.  This decision is a good one for balanced implementation of the ESA.  It requires that citizen suits be focused on actual harm to members of a species, instead of using speculative concerns as a lever to micromanage an entire county permitting program. 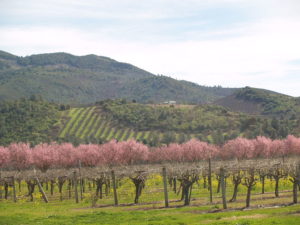