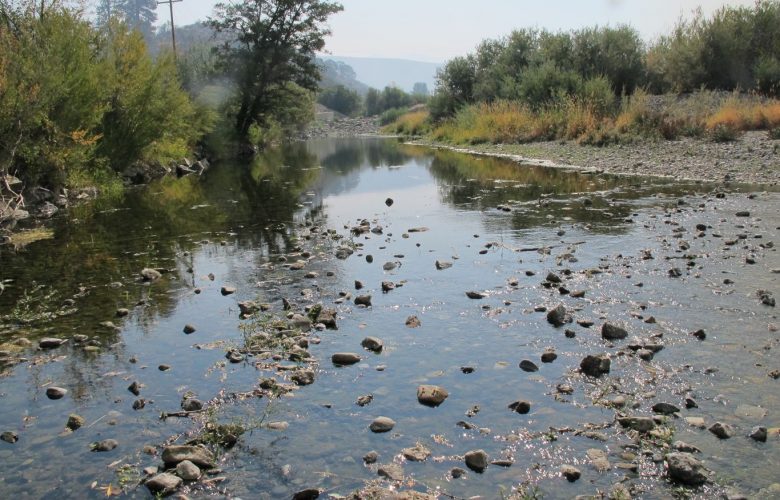 Show me on the picture where activity will have no impact on the river.

This morning a California Court of Appeal issued an unfortunate opinion (although given the state of California courts, perhaps an unsurprising one) affirming in full a trial court decision that imposed public trust obligations on the County of Siskiyou’s issuance of groundwater well permits. The decision could have a significant negative impact on the water rights of many property owners.

The question before the court was whether the County and the State Water Resources Control Board (SWRCB) have a duty under the “public trust doctrine” to consider whether the extraction of groundwater near the Scott River could harm any public trust uses of the river. The court held that the issue was not even whether it was water was being used, but whether a government activity has an “impact . . . on the public trust resource.”

As we had pointed out to the court in our amicus brief, the public trust doctrine has grown far beyond its original scope–especially in California. Despite these many expansions, it has never applied to uses navigable waters, or direct tributaries that supply navigable waters. A holding that all hydrologically-connected water use is subject to the public trust doctrine represents another large jump in the scope of the doctrine.

It’s hard to imagine what the limiting principle is after this opinion. All navigable water in California starts as precipitation, and activities such as grading, paving, agriculture, and the removal, addition, or alteration of plants to land can all divert rainwater from running into navigable streams or prevent the process of “infiltration” that recharges groundwater basins. Dozens if not hundreds of government decisions by a whole host of government agencies could be subject to the public trust doctrine under the logic of the court of appeal’s decision.

We will continue watching to see if the County seeks review by the California Supreme Court.

The state has no “public trust” power over groundwater