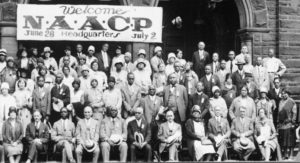 Whether people want to donate to the Tea Party or the Socialist Party, they have a right to keep their donations anonymous. Since 2010, California has tried to interfere with those rights, requiring all nonprofit organizations to hand over donor names and addresses.

Thursday PLF filed this brief as friend of the court in the Ninth Circuit case of Americans for Prosperity Foundation v. Becerra. We argued that two previous Ninth Circuit decisions upholding California’s demand for donor information were bad precedent, signing off on an unconstitutional exercise of state power by California.

In 2010, California suddenly began demanding “Schedule B” forms from all nonprofits who solicit funds in the State. Schedule B forms are filed yearly with the IRS, and they contain the names and addresses of all donors who give $5000 or more. But starting with NAACP v. Patterson, the Supreme Court has repeatedly reaffirmed that people have First Amendment rights to remain anonymous and associate for speech. By forcing nonprofit organizations to give up their donors’ anonymity, California is chilling individuals’ ability to freely associate.

These are hardly new ideas. After all, the Federalist Papers were written anonymously by three individuals, Alexander Hamilton, James Madison, and John Jay.

When Americans for Prosperity Foundation was before the Ninth Circuit in 2015, the court stated that plaintiffs needed to show a current risk of retaliation or harassment to establish a First Amendment injury. We wrote to remind the Ninth Circuit that disclosure to government is bad enough. It’s not unheard of for government to target people because of their connections to unpopular beliefs.

We also let the court know that there are also many valid reasons for people to donate anonymously, such as sincere religious beliefs, or maybe just good old-fashioned humility.

Finally, we highlighted the tremendous social value of nonprofit institutions, one in particular comes to mind. Nonprofits shouldn’t have to make a choice between raising money in California and violating the trust and privacy of their donors. Let’s hope the Ninth Circuit reconsiders their previous decisions and permanently enjoins California from invading donor privacy.