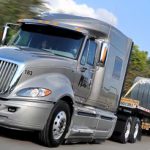 It was only a matter of time. On the heels of the Cap-and Trade Regulation, on May 22, 2014, the California Air Resources Board adopted a regulatory plan that is so severe and so inimical to the interests of the state that it almost defies description.  Officially refered to as the First Update of the AB 32 Scoping Plan, the new regulatory scheme aims to cut carbon dioxide emissions in California to 80% below 1990 levels by the year 2050, thereby effectively erasing half-a-century of actual and potential economic progress in the state.

Because carbon dioxide is everywhere and in everything, the implications of CARB’s decision are staggering.  In effect, CARB will become the central planning agency of California, hearkening back to the bad-old-days days of GOSPLAN in the now-defunct U.S.S.R.

Here are some of the economic sectors that will be regulated under CARB’s Brave New Scoping Plan:  (1) Energy; (2) Transportation, Land Use, Fuels, and Infrastructure; (3) Agriculture; (4) Water; (5) Waste Generation and Disposal; (6) Natural and Working Lands; (7) Buildings and Construction.  In other words, pretty much every economic enterprise in California will be squeezed into the regulatory box, with broad negative implications for California’s economic health.

How will CARB pay for its envisioned massive changes?  That’s where the rubber hits the road.  The billions of dollars expected to be generated from CARB’s auctions of carbon dioxide emissions allowances under the Cap-and-Trade Regulation are expected to foot-the-bill for the anticipated transition from a market economy to a centrally planned one.  That is why PLF’s lawsuit challenging the carbon dioxide auctions is so important to the future of California. Without the billions from the auctions, CARB will be unable to implement this unprecedented regulatory power grab.

PLF’s legal challenge to the CARB auctions, filed on behalf of a broad spectrum of California businesses, associations, and individuals, is pending in the Court of Appeal in Sacramento, where briefing is scheduled through the Fall of 2014.