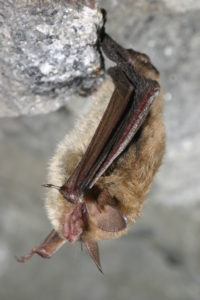 The Center for Biological Diversity is threatening to sue the Fish & Wildlife Service for not imposing ruinous and unnecessary restrictions on private property owners throughout 37 states to protect the Northern long-eared bat. It contends that heavy-handed “take” regulations should be imposed despite the fact that the species is threatened by a quickly-spreading fungal infection–not human activity. If CBD gets its way, millions of people will be less free and we won’t be a single step closer to curing the infection.

This threat comes on the heels of a CBD report asserting that any activity not regulated by the Endangered Species Act is a “loophole.” The report accuses the Obama administration of violating the statute and congressional intent through how it protects threatened species — i.e. those that are not endangered but face a more remote risk of extinction. According to CBD, the Service’s failure to regulate all human activity in any way affecting the bat is the latest example of this.

Unfortunately, CBD’s analysis hinges on a fundamental misunderstanding of the law and congressional intent. As I explain in a recently published article in the Pace Environmental Law Review, Congress intentionally excluded threatened species from the Endangered Species Act’s incredibly burdensome “take” prohibition — which forbids any activity that has any effect on a single member of a species or its habitat.

Senator Tunney, the floor manager of the bill, explained that the prohibition was limited to endangered species to “minimiz[e] the use of the most stringent prohibitions. . . . Federal prohibitions against taking must be absolutely enforced only for those species on the brink of extinction.”

In excluding threatened species — of which there are hundreds — Congress recognized that it’s unfair to impose the costs of conserving and recovering these species on relatively few individuals. It treats this as a last resort, necessitated by the dire threats endangered species face.

Under Section 4(d) of the statute, Congress also authorized the Service to adopt regulations extending the take prohibition to particular threatened species if “necessary and advisable” for that species’ conservation. When the Endangered Species Act was enacted, both Congress and the agency expressly acknowledged that this is what the section means. It does not change the statute’s general rule: take of threatened species shouldn’t be regulated.

Thus, you might wonder how CBD could claim that not regulating take of the threatened bat creates an illegal “loophole.” The problem stems from the fact that, shortly after the Endangered Species Act was enacted, the Service adopted a regulation illegally reversing Congress’ choice. It purports to make any take of any threatened species — including those not yet identified — a federal crime. As a consequence of this illegal regulation, the take of hundreds of threatened species has been restricted, contrary to Congress’ intent, and without a moment’s thought given to whether these severe restrictions are “necessary and advisable.” 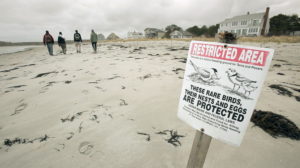 What’s worse is that the agency has effectively reversed the standard limiting its authority.

Rather than respecting Congress’ policy choice, the agencies adopted a regulation broadly prohibiting the take of any threatened species. Turning the statutory standard on its head, they only reduce burdens on private activity if an exemption is necessary and advisable for the conservation of the species.

And that illegal practice is what CBD’s argument rests on. It assumes, contrary to the statute’s text and legislative history, that take of threatened species is supposed to be criminal and any limitation on that is a “loophole.”

This is not only contrary to the law, it’s bad policy. If the Service followed the statute, the take prohibition would be a key incentive for recovery. People with threatened species on their property would voluntarily conserve them, to avoid the prohibition’s strict restrictions. Those with endangered species would work to recover them, to escape the restrictions. CBD’s preferred approach blurs any distinction between the two categories, eliminating these incentives.

As I explain in the article:

In the forty years since it was enacted, approximately one percent of the species subject to its protections have recovered. … Congress’ aim in adopting the Endangered Species Act was not to create a regime under which species at risk of extinction would remain forever on the precipice. To the contrary, the intent was to conserve and recover species. Incentivizing private conservation is the best means of accomplishing that aim. The agencies’ command-and-control approach gets the incentives wrong: it severely punishes those who have maintained their property in a suitable condition for imperiled species, and it denies landowners any reward for their role in restoring a species to the point where the extinction risk is more remote.

You can find out more, including why CBD’s interpretation of Section 4(d) would render it unconstitutional under the nondelegation doctrine, by reading my article, which is available here.