Dear Californians, this is your California Coastal Commission: willing to fine property owners over four MILLION dollars for blocking “public access” that doesn’t exist. Even to those who have spent years following (and fighting) the Coastal Commission’s brazen overreaching, this is downright appalling. 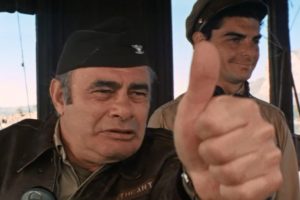 In light of yesterday’s shocking fine against Henny and Warren Lent, it’s safe to say that fears of Coastal Commission overreach were not only well-founded, they were understated.

In 2002, Henny and Warren Lent purchased a beachfront home in Malibu. They didn’t make any changes to the property, and have mainly used it as a vacation rental.

The previous owners granted an easement in 1980 to the California Coastal Commission to provide public access to the beach as a permit condition. But after the state failed to plan and build a stairway for people to get from street level to the beach, the previous owners built stairs from the street to the second story of the house and installed a locking gate across the easement. Those unpermitted structures stayed in place for decades.

In 2014, the Coastal Commission demanded that the Lents remove the encroaching construction, and threatened daily fines. The Lents were willing to remove all encroaching structures—if and when the state actually constructs public stairs to the beach. But the Mountains Recreation & Conservation Authority has never conducted a study on the site to determine whether a staircase is even feasible there. Finally, the Lents also offered to pay a $100,000 penalty. But the Commission staff wanted nearly ten times more than that, and recommended $950,000 to the Commission.

But wait, there’s more. The Commission determined that the staff recommendation was too lenient, and issued a massive fine of $4,185,000 on the Lents. Yes, that’s the right number of zeroes. Zillow’s estimate of the home’s value is $4,396,360. The Commission thinks the proper penalty for an errant gate—built by previous owners—is nearly the full value of the property.

At one point, Commissioner Luévano suggested the Commission get “creative” and commandeer the Lents’ property as a low-cost rental, forcing them to rent the $1000/night market-rate unit at $79/night for several months of the year. Thankfully, the staff and other commissioners recognized how preposterously extra-legal that would be and laughed at the proposal. But this gives you an idea of just how much some Commissioners want to control other people’s property.

In what might have been the sole moment of rational discussion, Commissioner McClure worried that such an excessive penalty might encourage the legislature to revoke the penalty authority. I certainly hope she’s right (she still voted “yes” on the tremendous fine).

To be very clear, the legislature gave the Commission the power to fine property owners for only one specific infraction—blocking public access to the beach. But even if the gate on the Lents’ property never existed, members of the public would have to negotiate a five-foot diameter storm drain and fourteen-foot drop to get from the easement to wet sand. There has never been actual, safe public access; there won’t be unless the state plans, funds, and builds a staircase.

Paradoxically, the Commissioners suggested using the penalty to fund a staircase and finally create the public access that was purportedly blocked by the gate. Colonel Cathcart would approve.