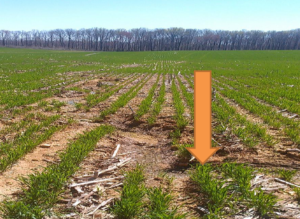 As previewed here a few days ago, the House Transportation and Infrastructure Committee and the Senate Environment and Public Works Committee conducted a joint congressional hearing yesterday to consider a proposed “waters of the United States” regulation by the federal government. The regulation has drawn almost one million public comments, with heavy criticism from 34 states, local government associations, small business owners, farmers and many others who justifiably fear that the draft regulation’s new jurisdiction tests and vague wording will give the federal government even more power to regulate almost any creek, drainage ditch, or depression that can fill with water, no matter how small or removed from traditionally navigable waters.

The draft rule is not only bad as a policy matter, but it is also illegal under the Clean Water Act and the U.S. Constitution. Pacific Legal Foundation (PLF) attorneys Reed Hopper and Todd Gaziano summarized the legal issues in The Wall Street Journal. In rulemaking comments and in his written testimony submitted at the joint congressional hearing, Hopper details the legal overreach by the U.S. Environmental Protection Agency (EPA) and U.S. Army Corps of Engineers (Corps) that issued the draft rule, and expressed concern about the trampling the rights of private landowners.

The joint committee’s first live witnesses were Gina McCarthy, Administrator of the EPA, and Jo-Ellen Darcy, Assistant Secretary of the Army Corps of Engineers. Although there was some concern expressed by Members of Congress from both the majority and minority parties, there seemed to be no support for the draft rule from Republicans who now control both committees. Senator James Inhofe (R.-OK), newly reinstalled Chairman of the Senate EPW Committee expressly rejected the idea that Congress had given the agencies the power to regulate all the waters covered by the rule. His counterpart, Representative Bill Shuster (R-PA), Chairman of the House Transportation and Infrastructure Committee, emphasized that the rule will affect many middle class working Americans by forcing them to endure a long and costly permit process if any water is on their lands.

When questioned, Secretary Darcy and Administrator McCarthy both insisted that ditches, small ponds, and irrigated farmlands would not be subject to federal regulation unless their flow into navigable waters is “significant.” What the regulators failed to mention, and what only a few congressman may recognize, is that the proposed rule allows future bureaucrats to determine if there is a significant effect by looking at the aggregate effect of similar features over a large area. The puddle or ditch running through your back yard may not be significant on its own, but when combined with all the ditches and pot holes over a large enough watershed, the EPA or Corps may claim it has a significant effect on downstream waters and thereby assert jurisdiction over it.

Throughout their testimony, McCarthy and Darcy appealed to science (hydrology) and the need for the federal government to have clearer and more efficient definitions, yet when shown pictures of a dry gully in West Virginia and an eroded farm feature in Tennessee (see picture attached), the witnesses could not say whether or not those lands would be subject to regulation.

Rep. Thomas Massie of Kentucky expressed frustration with the pretense the agencies were relying on scientific methods and asked what “science” they were using when the draft rule used subjective, undefined terms instead of scientific units. He explained that scientific definitions include numbers or other units, but the definitions of “waters” under the proposed rule do not include scientific terms. Instead, the rule employs vague terms like “significant,” “substantial” and “moderate to high water flow.”

And even some Democratic Members of Congress who expressed their general support of the rule raised concerns about the way the agencies had conducted the rulemaking process. The House Committee’s Ranking Democrat, Peter DeFazio, expressed concern that only 19,000 of the nearly one million comments on the proposed rule have been posted online for the public to read. And Rep. Grace Napolitano, after expressing support for the rule, acknowledged that the states were not adequately consulted in the process.

Despite the public outcry over the rule, McCarthy reaffirmed the agencies’ intent to issue a final rule sometime this spring. When asked if she would issue a supplemental draft rule for public comment, she said that was not in the cards. She claimed the agency will take into account and incorporate the concerns of all the states and citizens who have expressed concern, but she refused to identify what changes have been or will be made to the actual text.

It appears the two agencies are committed to finalizing the rule that will increase their jurisdiction over private and state property, while denying that it will do so. However, the two committee chairmen and other Members of Congress pledged to pursue legislation to require the agencies to start the rulemaking process over again or to overturn the final rule if necessary.

To view the full joint committee hearing: Part I and Part II.