Daily Journal: Lease of a lifetime! Can property owners ever challenge San Francisco’s gift to tenants? 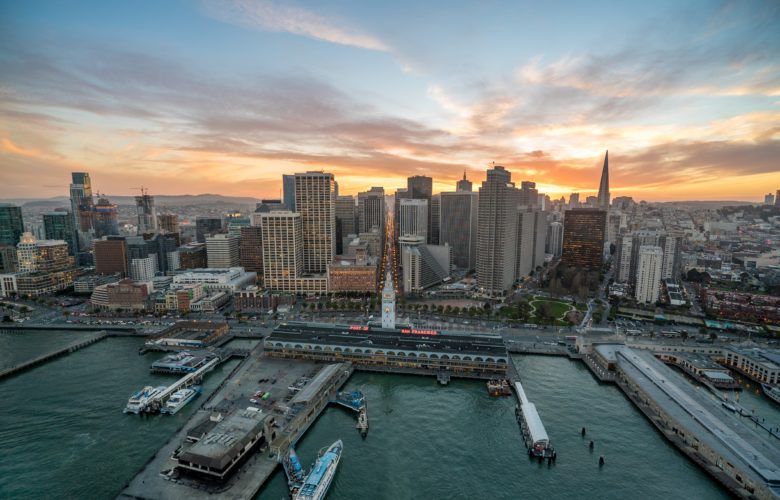 Why do people buy retirement homes?

To live in them! (It wasn’t a trick question.)

San Francisco lost sight of that simple truth when it decided that condo conversions presented an opportunity to require property owners to offer their tenants a lifetime lease.

Ohio residents Peyman Pakdel and his wife, Sima Chegini, bought a charming apartment in San Francisco’s Russian Hill neighborhood in 2009, anticipating their retirement in the City by the Bay. The apartment was one of six units carved out of a 1913 home, and all six owners held title as “tenants-in-common,” meaning that they shared ownership of the entire building, and none of them had exclusive ownership of their units.

To obtain that exclusive ownership, tenants-in-common must work together to apply to the city to convert their ownership interest to condominiums. When the Pakdels bought their apartment, their purchase agreement required them to pursue this application with their co-owners. At the time, applications were granted under a lottery system. Meanwhile, the Pakdels leased their apartment to a tenant until they could make their move west.

Four years later, the city passed an ordinance (117-13) that replaced the lottery with a new process that allowed condo conversions only if each owner ponied up $20,000. And there was also a catch: Owners who were renting their apartments must offer a lifetime lease to any existing tenant and even to former tenants if they vacated before the conversion was complete.

The Pakdels were stunned. Under this new law, their much younger tenant could choose to remain for his entire life, and they would never have the opportunity to live in their own retirement home.

The city had an inkling this might not be constitutional, so the board of supervisors included a poison pill in the ordinance: If any owner sued to challenge the lifetime lease, the city would immediately halt all condo conversions for buildings with even a single tenant.

Caught between their contractual obligation to pursue the conversion and the city’s steadfast refusal to allow any conversions without the lifetime lease, the Pakdels reluctantly agreed to offer the lifetime lease to their tenant, which he accepted.

Having fulfilled their obligation to their co-owners, the Pakdels then twice asked the city to excuse them from executing and recording the lifetime lease or to compensate them for the taking caused by recording the lifetime lease against their property title. San Francisco refused.
In 2017, at the end of their rope and despite the poison pill, the Pakdels sued in federal court, alleging the city violated their federal civil rights by requiring they let a tenant live in their retirement home for life, thus taking their property without just compensation.

The district court dismissed their lawsuit because they had not first sued in state court, a procedural requirement subsequently declared invalid by the U.S. Supreme Court in Knick v. Township of Scott in 2019, while the Pakdels appeal was pending in the 9th Circuit. Knick applied the rule announced in Patsy v. Board of Regents of Florida that exhaustion of administrative remedies cannot be a prerequisite for bringing a federal civil rights claim under 42 U.S.C. Section 1983. After Knick was decided, the Pakdels urged the 9th Circuit to vacate the dismissal and remand for a decision on the merits.

To their surprise, a 2-1 panel affirmed the dismissal, holding that because the Pakdels’ had not administratively appealed the lifetime lease requirement, their claims were not ripe, even though no additional administrative procedures remained available that could avoid the lifetime lease requirement. The panel majority concluded that the city had not reached a “final decision,” and the claim was unripe and, indeed, can never ripen.

By improperly conflating exhaustion and finality, the decision flatly contradicts the settled rule that civil rights plaintiffs need not exhaust administrative remedies before filing suit. Yes, under the finality requirement in Williamson County Reg’l Planning Comm’n v. Hamilton Bank, a government must issue a final decision before a landowner can file a takings claim in federal court. But the finality requirement is not an exhaustion requirement. Although every case is ripe where a plaintiff exhausts administrative remedies, the inverse is not true: The failure to exhaust does not mean that a case cannot be ripe.

The 9th Circuit denied rehearing en banc, but nine judges dissented, arguing that the panel was “clearly wrong,” “imposes an impermissible exhaustion requirement,” and puts “takings claims back into a second-class status, less than one year after the Supreme Court had squarely put them on the same footing as other constitutional claims.”

The Pakdels are asking the U.S. Supreme Court to reverse the 9th Circuit’s decision and send the case back for review on the merits. To return to the question that began this essay, the Pakdels deserve an opportunity to convince a federal court that they have an established property right to live in their retirement home and that the city’s taking of that right without compensation must be redressed.

This op-ed was originally published by Daily Journal on March 1, 2021.