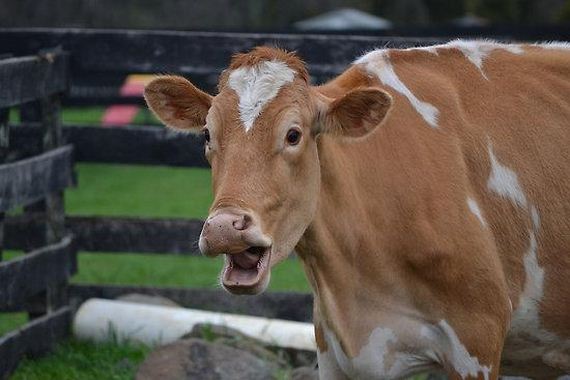 Accidents are inevitable. But even similar accidents are not necessarily equal. Human culpability and responsibility matter a great deal. That’s why it’s instinctive that a person who recklessly causes an accident and completely ignores it should endure a more severe punishment than an innocent person who strives to make things right.

But those instincts didn’t quite kick in for the Central Valley Regional Water Quality Board’s enforcement team. At a hearing on Monday afternoon, they proposed a staggering $1.2 million penalty against a landowner who stepped up and took immediate responsibility to fix an accident.

CMC Land Holdings—a small group of relatives who have long worked in the dairy and agricultural industries—owns a large dairy property and heifer facility in Turlock, California. The members formed CMC to pursue their dreams of building a creamery, which would help alleviate financial stress caused by the flagging dairy market. In the words of one member who spoke at the hearing, they wanted to take control of their destiny.

An unfortunate accident threatens to derail those dreams. A little over a year ago, just after dawn, CMC discovered that a berm had failed on a lagoon, spilling wastewater across the road and onto neighboring properties. The official cause of the failure is uncertain, but strong evidence suggests it was a mysterious, decades-old PVC pipe that was buried deep in the berm. CMC didn’t know, and had no reason to know, that the useless pipe was there.

Within an hour, the family coordinated a herculean response: loaders immediately repaired the breach in the berm while trucks with pumps and hoses began to return the water back to the lagoon. CMC arranged for water that had entered a canal to divert and drain onto a family friend’s cropland. The Stanislaus County Department of Environmental Resources and Turlock Police Department declared the cleanup complete in under twelve hours.

CMC also worked hard to ensure that its neighbors suffer no ill effects from the incident. It had the water tested several times in nearby domestic wells and paid to have two wells completely sanitized. Sampling revealed that some wells had contaminants before the accident, and there have been no increases in concentrations since. Nevertheless, CMC has been providing neighbors with bottled water for the last year as a precautionary measure.

If $1.2 million seems fair for this accident, consider a couple other penalties that have been assessed on dairy owners in the past:

Both property owners—intentional violators who caused actual harm—ended up settling for much less than these amounts. But the higher proposed figures still illustrate the significant disparity in how the enforcement team calculated CMC’s penalty. It’s hard to comprehend why an accident that caused very little harm and was quickly, voluntarily remediated would warrant a $1.2 million fine.

Fortunately, the Board carefully reviewed all of the evidence and ended up reducing CMC’s penalty to $308,000. To be sure, this is still incredibly harsh for an unintentional incident that was swiftly resolved, and could prove ruinous to a small company like CMC (keep in mind the many hundreds of thousands of dollars CMC has already spent on remediation). But it’s heartening that the Board used its discretion to demonstrate that there are good reasons to act as a responsible landowner and environmental steward.

Imposing penalties that don’t take into account the property owner’s fault or response disincentivizes responsible action. Why would anyone expend the time and resources to promptly clean up an unintentional discharge if he knows he would be penalized the same or more than an intentional and feckless violator? Moreover, what is even the point of a penalty—which is meant to deter bad behavior—on someone who has behaved exactly as he should?

Government agents, who wield tremendous power and discretion to impose fines and penalties on the citizenry they are charged to serve, should always bear these things in mind.