Blog > Back to School Choice Week 2016: The latest in the Philadelphia school district's attempt to stop charter schools from growing

Back to School Choice Week 2016: The latest in the Philadelphia school district's attempt to stop charter schools from growing

Discovery Charter School is a successful 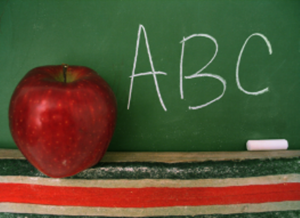 Philadelphia school that serves grades K-8. In light of its academic success, Discovery has amassed a waiting list of 1,448 hopeful students. In 2012, Discovery sought permission from the School District of Philadelphia to amend its charter to increase enrollment by 430 students over a four-year period. But the school district only offered Discovery a charter renewal at its current enrollment level.

Not wanting to suffer the loss of additional children from district schools to charters, the ironically named Philadelphia School Reform Commission informally decided not to vote on any enrollment expansions for charter schools for the 2013-14 school year. But because Discovery refused to sign the school district’s proposed charter renewal, no formal action has been taken on Discovery’s request to increase its enrollment. As a result, Discovery appealed to the Pennsylvania State Charter School Appeal Board, and asserted that the Commission’s failure to formally act on Discovery’s request functions as a denial–which would allow Discovery to appeal the decision to the Philadelphia appellate courts.

The Appeal Board held that the Commission’s failure to formally act on charter amendments is not a final action that the Appeal Board can review. Realizing that such a decision would embolden school districts throughout Pennsylvania to not take formal (i.e. reviewable) action when they informally decide to make decisions adverse to charter schools, Discovery appealed to the Pennsylvania Commonwealth Court (Pennsylvania’s intermediate court of appeals). Fortunately, the Commonwealth Court agreed with Discovery and issued a strong decision holding that failure to act on charter amendments is reviewable, and reaffirmed that Pennsylvania’s Charter School Law is intended to create robust school choice in the state.

As expected, the School District of Philadelphia appealed to the state Supreme Court, and briefing in the case is currently underway. This case will have major ramifications for the ability of successful charter schools in Pennsylvania to grow to accommodate students seeking better educational opportunities. Of course, PLF will continue to monitor the case and keep Liberty Blog readers informed of any developments.