Today, the U.S. Court of Appeals for the Eleventh Circuit issued an excellent opinion in Chmielewski v. City of St. Pete Beach. In this case, the City of St. Pete Beach, through a series of actions, authorized and encouraged the public to use the private property around Katherine Chmielewski’s home, without paying for it.  The court today held that the City’s actions amounted to a taking of private property, which requires compensation. 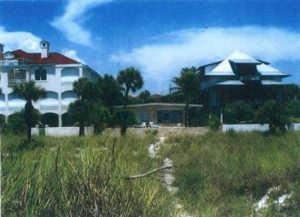 The trouble started several years ago, when the City opened a public arts center inside of a private subdivision, landward and across the street from the Chmielewski’s home.  The Chmielewski family lived in the modest beachfront home since the 1970s. They owned the land from their home, all the way down the dry, sandy beach to the mean high water line. It was a peaceful place for the family until the City invited the public to start partying on their land.

Despite the Chmielewskis best efforts at asking the public to leave their property, they could not stem the tide. They finally sued after the City refused to take responsibility and stop the public invasion that it had orchestrated. When a quiet title action confirming their right to exclude the public did not convince the City to change its behavior, they brought a constitutional challenge. After a four-day trial, they won.

When the City appealed to the Eleventh Circuit, PLF submitted this amicus brief, arguing that the government must pay just compensation when it causes a physical invasion onto private property.  The City argued that it should not be held responsible for trespassing by the public. But as we explained in our brief, the City must be held responsible for an unconstitutional taking when it either intends for the public to trespass or when the public’s invasion is the foreseeable result of the City’s actions. Today, the Eleventh Circuit Court of Appeals agreed, holding that the government cannot encourage the public to use private property without triggering constitutional protections requiring just compensation.

Today’s decision also makes clear, as we argued, that government may not evade constitutional property rights protections by claiming it did not intend to turn private property into public property.  It is enough that the government authorized and encouraged the public itself to go on private land through a series of separate and often informal acts.