Blog > Has the Endangered Species Act become immune to amendment?

Has the Endangered Species Act become immune to amendment? 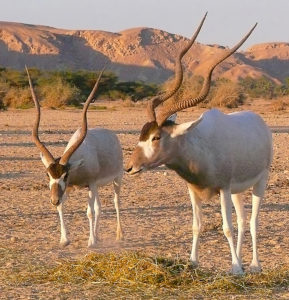 An animal rights group has filed a lawsuit arguing that the Endangered Species Act — which is itself constitutionally suspect — limits Congress’ powers, i.e. Congress cannot legislate on endangered species issues unless that legislation would be consistent with the ESA. This absurd proposition has already been rejected by that bastion of anti-environmentalism: the Ninth Circuit, which recently characterized the protection of endangered species as the “highest priority” under federal law.

The subject of the most recent controversy is a permit exemption for exotic hunting ranches, which finance populations of species that are endangered or extinct in the wild through regulated hunting. This fantastically successful model for species conservation has been consistently attacked by animal rights groups. A few years ago, 60 Minutes produced a piece on this success and interviewed those on both sides of the political and legal fight. Lest you have any doubt that the opposition isn’t about species conservation, the leader of the animal rights group is asked directly whether she would rather see these species go extinct than be saved in this way.

And she said yes!

The group previously sued to stop a administratively adopted permit exemption for these ranches on the grounds that it violated the ESA. The district court agreed with them, and the case is now on appeal. In the wake of this decision, Congress decided to change the law, perhaps because it didn’t think the ESA was meant to contribute to species extinction.

A court interpreted the law. Congress, disagreeing with the result, changed the law. That should be the end of the story. Nope. The group argues that Congress violated the Separation of Powers. Because there is a pending lawsuit, Congress’s decision to change the law in effect directs the judiciary to decide the case in a particular way.

This is a ludicrous position based off an obscure and easily distinguished Supreme Court decision about the proceeds of Confederate owned property in the wake of the Civil War. In this century, the Court has considered this question only once, in Seattle Audobon Society v. Robertson. In that case, the Court rejected an environmentalist challenge to a provision exempting logging activities from environmental statutes on precisely the grounds asserted against the permit exemption for ranches. The Court held that Separation of Powers doesn’t prevent Congress from prospectively amending the law. A few years ago, the Ninth Circuit rejected an almost identical challenge against Congress’ decision to partially delist the gray wolf from the ESA.

Despite all this precedent, the group argues the hunting ranch permit exemption should be voided unless it can be “demonstrate[d] that the underlying conservation purposes of the ESA will be achieved.”

The crisis exception to the Constitution? September 17, 2021 I By JAMES BURLING