This week PLF filed its opening brief in the Ninth Circuit in Associated Builders and Contractors-California Cooperation Committee v. Becerra, which challenges a California law that threatens to cut funding to speech contrary to unions’ policy preferences.

The lawsuit targets SB 954, which changed the way employers can distribute money und 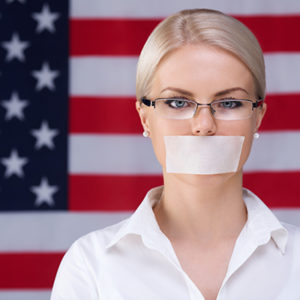 er California’s prevailing wage law.  That law requires contractors on public projects of over $1000 to pay employees the “prevailing wage,” a pre-determined rate set by the Department of Industrial Relations (DIR).  Contractors can satisfy that requirement by paying employees a combination of wages and benefits, including by donating money to “industry advancement funds.”  SB 954 changed the law so that only union-backed industry advancement funds may now receive prevailing wage contributions.  This threatens the survival of groups like ABC-CCC, which advocate against union interests and rely on prevailing wage contributions to fund their speech.  Yet union-backed groups retain the status quo, and can continue to receive the same funding.

For many years, ABC-CCC was authorized to receive prevailing wage contributions.  It used these funds to advocate for the “open-shop” industry, including advocating against the use of project labor and collective bargaining agreements in public projects.  Project labor agreements are negotiated by unions prior to bidding on a project and require all bidders (whether unionized or not) to abide by union rules for the course of the job.  This often requires bidders to accept the a pre-negotiated collective bargaining agreement.  ABC-CCC publishes studies, hosts forums, testifies to government bodies, and writes amicus briefs outlining the costs of project labor agreements, and advocating against localities using them them.  ABC-CCC therefore provides an important counterweight to union-backed industry advancement funds, which advocate in favor of project labor agreements.

SB 954, however, now requires that prevailing wage contributions to industry advancement funds be made pursuant to a collective bargaining agreement—in other words, that they be supported by a union.  As a practical matter, no collective bargainiang agreement will authorize a contribution to an organization that advocates against union interests.  This means that ABC-CCC will stop receiving funding based solely on the content of its speech.

The blatant purpose of the law is to strangle the ability of open-shop organizations to fund their speech.  Prior to the law, advocacy organizations of all viewpoints could receive prevailing wage contributions.  Post-SB 954, only union-supported organizations can receive funding.  The only thing that differentiates the groups eligible to receive funding is their perspective.  Such viewpoint discrimination violates the First Amendment.

The district court, however, dismissed the case on the theory that the law was neutral on its face.  But of course, though clothed in “neutral” terms, the law clearly allows unions to block funding to anti-union entities.  This violates the First Amendment’s promise that public debate over public policy will be robust, and the government will not interfere with that debate merely because it prefers one perspective over another.