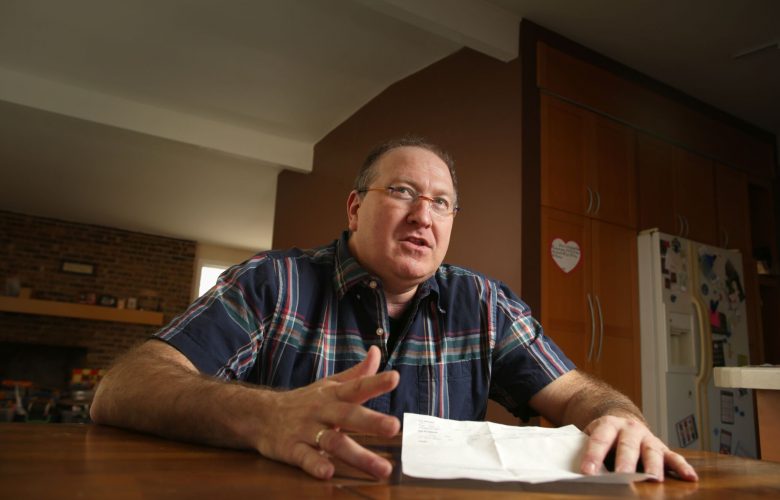 Uri Rafaeli is an 83-year-old engineer and great-grandfather. He never expected the government to treat him like a drug dealer or gang banger. But last year the Michigan Court of Appeals held that a county government could use civil asset forfeiture—the same legal process used by police to confiscate drug lords’ mansions—to seize a modest rental property Mr. Rafaeli owned because he accidentally underpaid his property taxes by $8.41.

Mr. Rafaeli bought the house through his business for $60,000 in 2011. Later that year he inadvertently underpaid his property’s taxes by $496. When he learned of his mistake in 2013, Mr. Rafaeli attempted to pay the debt in full but failed to account for the interest that had accumulated since he received the bill. He came up $8.41 short.

Unaware of his error, Mr. Rafaeli went on to pay his taxes in a timely manner in subsequent years. Nevertheless, in February 2014 Oakland County foreclosed on the property to collect the tiny debt, along with $277 in penalties, additional interest and fees. Six months later the county sold the property at auction for $24,500 and refused to refund Mr. Rafaeli any of the profits.

Mr. Rafaeli’s story is all too common in the Wolverine State. Michigan’s General Property Tax Act requires government entities like Oakland County to take property for unpaid taxes—no matter how small the debt—and to pocket all proceeds from their sale. In most states when the sale price of a tax-distressed property exceeds the debt owed to the government, the surplus is refunded to the property’s former owners. But Michigan profits off the misfortunes of property owners like Mr. Rafaeli, as do Massachusetts, Minnesota, North Dakota and Oregon.

Cash-strapped local governments in Michigan rely on profits from the sale of tax-foreclosed properties. According to the Detroit News, Oakland County raked in $22.5 million by auctioning off tax foreclosures from 2006 to 2015. County officials use these funds to pay for tax-collection expenses and maintain properties worth less than their tax debts, but whatever’s left over gets swept into the general fund.

Besides the obvious injustice of a naked governmental money grab, these types of civil asset forfeitures threaten Americans’ constitutionally protected property rights. The Fifth Amendment’s Takings Clause provides that government can’t take private property for public use without “just compensation.” Any honest reading of the term “just compensation” would prevent government from keeping any more than what it is owed in taxes, interest, costs and statutory penalties when it takes and sells property for the public purpose of satisfying a tax debt. Government should pay or return to the property owner anything beyond what was necessary to clear the debt, not pocket the remainder.

This seems a common-sense protection of individual property rights against government abuse. The supreme courts of Vermont and New Hampshire have acknowledged this principle, but Michigan courts have shrugged. And last year the Michigan Court of Appeals held that Oakland County’s actions against Mr. Rafaeli were justified through a grossly expansive interpretation of civil asset forfeiture.

In American law, civil asset forfeiture has historically been used to punish criminals by depriving them of property used in the commission of crimes or to hold property owners accountable for the crimes of others whom they have allowed to use their property. The practice might make sense in some contexts—foreign boat owners, for instance, can easily escape prosecution or punishment by moving property (and themselves) offshore, beyond the jurisdiction of courts.

But modern forfeiture practice has been stretched beyond recognition. It makes little sense to seize property that is immobile—like Mr. Rafaeli’s house—and no sense as punishment for noncriminal activities. Underpayment of property taxes isn’t even a crime in Michigan, although that’s admittedly small comfort to those who have had their home, business or land seized and sold over a debt smaller than the price of a movie ticket.

The elderly, sick or economically distressed are most at risk of losing property over tax debts. Henderson Hodgens lost his childhood home and farm in Geneva Township, Mich., in 2014 when a hospitalization left him unexpectedly unable to pay his $5,900 debt. Benjamin Coleman—who suffers from dementia—lost his Washington, D.C., home when he forgot to pay a $134 tax bill. Public outrage over his story prompted District of Columbia officials to change a confiscatory law to protect property rights.

The Michigan Supreme Court agreed last month to hear Mr. Rafaeli’s case and will decide whether the Court of Appeals erred in its ruling that Oakland County had violated neither the Takings Clause nor the Michigan Constitution’s “just compensation” requirement. Mr. Rafaeli is prepared to take his case all the way to the U.S. Supreme Court, if need be, to stop bureaucrats from turning property tax collection into an instrument of government theft.