Freedom of contract at stake in a Supreme Court trio 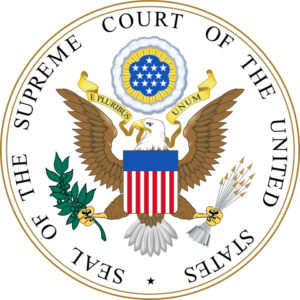 In January, the Supreme Court granted certiorari and consolidated three cases to decide whether the National Labor Relations Act, which protects workers’ rights to engage in “concerted activities” for their mutual benefit, trumps the Federal Arbitration Act’s protection of the freedom of contract that allows employers and employees to agree to resolve their workplace disputes in individual arbitration (meaning: no class actions). Today, in Epic Systems Corp. v. Lewis, PLF filed an amicus brief supporting the freedom of contract.

PLF argues that while federal law places some substantive limits on the ability of adults to freely contract to arrange their affairs, courts generally respect people’s rights to determine the procedures by which they will resolve their disputes. This policy controls here as well. The NLRA does not create a substantive, non-waivable right to pursue claims unrelated to the NLRA on a class basis. Aggregation of claims is a procedural choice, not a substantive right. Under the FAA, employees and employers are free to contract for dispute resolution in any manner that they so desire, including individualized resolution without an option for aggregated claims in a class action or class arbitration procedure. In fact, unions often include such arbitration provisions in collective bargaining agreements. Moreover, there is nothing inherently wrong or unfair with an employer requiring arbitration of work-related disputes. Some job seekers may appreciate the benefits of arbitration; others may want to retain the right to go to court. Job seekers who place a high value on the ability to go to court should seek employment with an employer who does not require arbitration just as a job seeker who places a high value on the expressive nature of his sartorial style should not apply for a job that requires a uniform.

Finally, these cases arise because of the NLRB’s longstanding “policy of nonacquiescence,” a troubling anti-constitutional doctrine in which executive agencies refuse to comply with federal court decisions. While the constitutionality of this doctrine is not directly before the Court, it shapes the context in which these consolidated cases arise. As the Court noted in 1942, the National Labor Relations Board “has not been commissioned to effectuate the policies of the Labor Relations Act so single-mindedly that it may wholly ignore other and equally important Congressional objectives.” The Federal Arbitration Act’s protection of individual freedom of choice when it comes to contracting for arbitral resolution of disputes is just such an important Congressional objective. PLF urges the Court to uphold workers’ and employers’ freedom of contract.