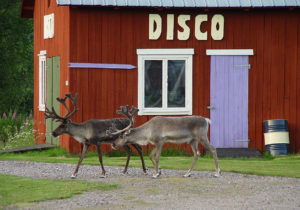 At long last, and after multiple rounds of litigation, the Service has withdrawn and replaced the listing of the Southern Selkirk Mountain population of caribou, a species that includes reindeer [I hope Santa has a good ESA lawyer!]. As a consequence of today’s decision, the listed population will be broadened and downlisted from endangered to threatened. This is an important, if only partial, victory for the residents, small business owners, and recreational enthusiasts who have long suffered under the illegal listing.

This process began over two years ago when PLF filed a petition to delist the Southern Selkirk Mountain population on behalf of Bonner County, Idaho and the Idaho State Snowmobile Association. The petition argued that the Service incorrectly listed the population by declaring it essential to an arbitrary “metapopulation” of caribou rather than the species as a whole, as the ESA requires. In today’s proposal, the Service concedes that this was improper and illegal.

Rather than delisting the population, the Service applied it’s distinct population segment (DPS) policy to the subspecies of which this population is a part and determined that it still warrants listing. But because the threats are lower when you consider this broader population, the Service no longer believes endangered status is warranted. This could have benefits for affected individuals for two reasons. First, downlisting to threatened is an important step to removing the population from the list entirely. Second, the ESA doesn’t require stringent regulation of private activity that affects threatened species, as it does for endangered species. When necessary and appropriate for the conservation of the particular species, the Service and affected individuals can work together to narrowly tailor regulations to protect the species without excessively burdening individuals.

However, problems with the proposal remain. For one, the ESA violation hasn’t been completely cured. DPSs can only be identified if they are discrete and significant to the species as a whole. Yet the Service is unlawfully applying its DPS authority at the subspecies level.

The public has 60 days from tomorrow to comment on the proposal. If you’ve been affected by the Caribou listing, let the agency know.