“Give us the freedom intended for us” 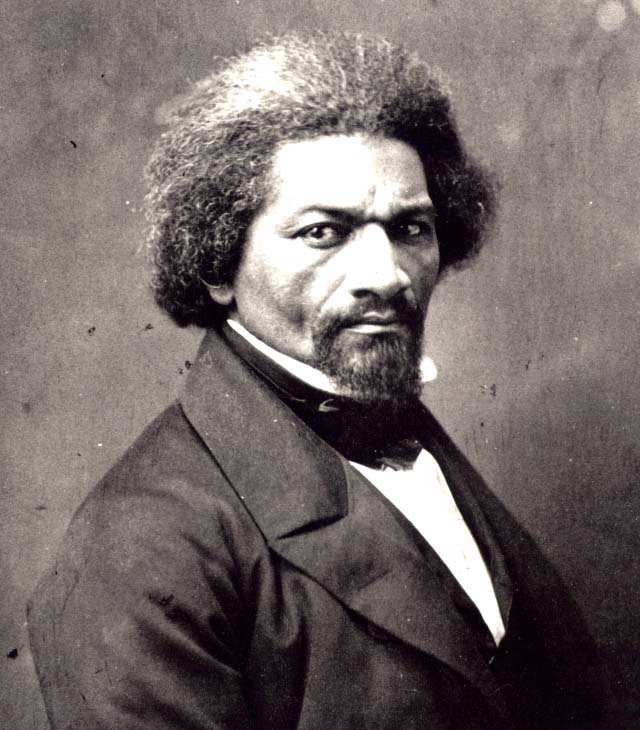 In December of 1872, Frederick Douglass, civil rights leader and former slave, published an editorial in his newspaper, the New National Era, entitled “Give Us The Freedom Intended For Us.” In it he demanded that Congress pass Sen. Charles Sumner’s proposed Civil Rights Bill, to protect the rights of black Americans who were entitled, under the new Thirteenth, Fourteenth, and Fifteenth Amendments, to equality and freedom, but who were suffering under a reign of terror in southern states ruled by the Ku Klux Klan and allied white supremacists. Americans needed federal protection against abusive state governments, he insisted. In the years since the Civil War, there were some 1500 recorded lynchings, and southern states were not only barring blacks from voting or serving on juries, but from owning weapons to defend themselves. Citizenship, Douglass was to say in his memoir, rested on the three boxes: “the ballot box, the jury box, and the cartridge box.”

Douglass had good reason to worry. Violence against the newly freed slaves was aided and abetted by state governments, whose officials were often members of white supremacist terrorist groups themselves. Although black voters had immediately elected black members to southern state legislatures—and even the United States Senate—they were being rapidly disenfranchised, and their elected representatives excluded from office, and the federal government was showing an increasing reluctance to do anything about it. The Johnson Administration had openly fought against Reconstruction efforts to protect blacks in the south, and the Grant Administration, though less openly hostile, was more willing to compromise. Exhausted northerners lost interest in protecting the former slaves, and demanded that the troops be “brought home” from a region that they believed was forever doomed to chaos, ignorance, and tyranny. “Let us have peace” became Grant’s slogan. “Yes, let us have peace,” Douglass responded in one of his greatest speeches, “but let us have liberty, law, and justice first. Let us have the Constitution, with its thirteenth, fourteenth, and fifteenth amendments, fairly interpreted, faithfully executed, and cheerfully obeyed in the fullness of their spirit and the completeness of their letter.” The southern states were “under the idea of local self-government,” trying “to paralyze the arm and shrivel the body of the National Government so that it cannot protect the humblest citizen in his rights.”

Less than two months after Douglass’ editorial was published, lawyers assembled in the United States Supreme Court to argue the Slaughter-House Cases, a dispute over a Louisiana law that prohibited butchers in New Orleans Parish from slaughtering cattle except at a single, privately-owned slaughterhouse. The law shuttered hundreds of small businesses overnight, all to benefit the owners of the company that now enjoyed a government-enforced monopoly. The business owners sued, arguing that the new law deprived them of their right to earn a living at their business—a right that had been protected by American and English courts since at least the 1600s, and that had long been recognized as an essential part of the common law tradition. That right, they argued, was part of the “privileges or immunities” of citizenship protected against state interference by the newly enacted Fourteenth Amendment.

Sadly, on April 13, 1873, the Supreme Court ruled against the butchers, and declared that the new “privileges or immunities” clause—which had been designed to protect all citizens against injuries at the hands of state governments—was basically meaningless. Rather than protecting the rights of life, liberty, and property, the new Amendment protected only a short list of rights that were already protected under other clauses of the Constitution. As Justice Stephen Field observed in his dissenting opinion, the Court’s decision rendered that clause “a vain and idle enactment.” Since 1873, the Supreme Court has virtually never enforced the privileges or immunities clause.

The same day that the Slaughter-House decision was announced, more than 100 black Louisianans were butchered by white mob led by local government officials. Three hundred whites, armed with rifles and cannons, besieged the local courthouse, setting it on fire and shooting the blacks who tried to escape. Although the federal government charged nine of the whites with depriving the black citizens of their constitutional rights, only three were convicted, and when the appeal reached the Supreme Court, the justices, relying on the Slaughter-House decision, found that the privileges or immunities clause did not apply, and threw out the conviction. Although Congress finally passed Sumner’s Civil Rights Act in 1875, the Court soon found it unconstitutional, and it would be another century before the Federal Government undertook serious efforts to protect black citizens against tyranny by state governments.

Fortunately, during the Twentieth Century, the Supreme Court found other ways to protect some individual rights against state interference. Employing other constitutional clauses, the Court barred states from depriving citizens of freedom of speech, press, or religion. But because the Court was using constitutional provisions not really intended for this job, the legal doctrines it devised left certain blank spots. Thus states were given wide discretion to deprive Americans of their economic freedom, their private property rights, and even their Second Amendment right to possess firearms. Today, Americans still have too little protection against the violation of their rights by state governments. The problem is nowhere near as bad as in Douglass’ day, certainly—but Americans still often find their rights to private property, economic freedom, and even the right to vote, trampled and ignored.

This week, the United States Supreme Court was challenged to overrule its 137 year old mistake in The Slaughter-House Cases. The plaintiff in the case, black Chicago resident Otis McDonald, insisted that the Constitution protects his right to keep and bear arms, and that the Fourteenth Amendment’s privileges or immunities clause forbids states from depriving him of that right. Happily, in its decision, the Supreme Court found that Mr. McDonald has this right, and that states must respect it, along with other constitutional rights. This is a great victory for constitutional freedom.

(Me with Otis McDonald)

Yet the Court brushed aside in a single paragraph the argument that the Slaughter-House Cases should be overruled. Justice Clarence Thomas’s masterful concurring opinion explained in detail why that decision was wrong, but the rest of the justices did not even try to respond. Instead, the dissenters fretted that enforcing the Fourteenth Amendment as written would deprive states of the power of local self-government. Where have we heard that before?

The decision in McDonald is an important moment in Constitutional history. The debate over the restoration of the Fourteenth Amendment cannot be ignored for long. “Nothing is settled which is not right,” said Senator Sumner. And I am confident that the Supreme Court, sooner or later, will admit their error, enforce the Constitution, and give us all—whatever our race—the freedom that was intended for us.