Gorsuch hearing day one round up: introduction statements

Following almost four hours of occasionally interesting statements by the 21 members of the Senate Judiciary Committee, Judge Gorsuch was introduced by a panel of three: Colorado’s two United Senators, and former Acting Solicitor General of the United States Neal Katyal.

Republican Senator Cory Gardner began the introduction, with a somewhat pithier and more energetic recap of Chairman Grassley’s opening statement, seasoned with interesting facts about Gorsuch: he would be only the second Supreme Court Justice from Colorado after Byron White, for whom he clerked; he would be the first GenX member confirmed to the Supreme Court; and his nomination is supported by Denver Broncos Hall of Famer John Elway.

I may not agree with all of his rulings, but he is unquestionably committed to the rule of law.

Senator Bennett also expressed the hope that in honoring the tradition of home state senators introducing SCOTUS nominees without regard to party, he might help move the Senate beyond partisanship in considering Gorsuch’s nomination. 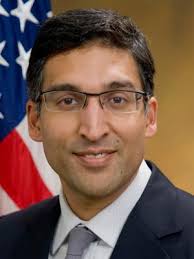 The best of the three, however, was former Acting Solicitor General Neal Katyal, who made two important points about Gorsuch. First, Katyal argued to the Democrats on the Committee that while, in his and their view, the Senate’s refusal to consider Judge Merrick Garland’s nomination to the Court last year was an historical failure of responsibility, Judge Gorsuch is one of the few possible judges whose confirmation could heal that action. Second, he assured critics that Judge Gorsuch is indeed fair, impartial, and committed to justice:

The one thing you really want before the Court is the opportunity to be treated fairly.

Having argued 32 cases before the Supreme Court for a diverse range of clients from “the little guy” to the world’s largest corporations, Katyal assured skeptics that Gorsuch is the type of judge before whom he would want to argue his cases.