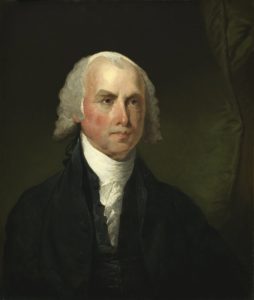 You may ask yourself, how does the government know when a species should be removed from the endangered or threatened list? How does the government know if a species is recovering? The answer can be found in the ESA and its requirement that the federal government reviews all plants or species that are currently listed as endangered or threatened. ESA states that the government must review every plant or animal on the list every five years. In conducting the review, the ESA requires that the government consider the status of each species, including: i) finding how many of the species exist, ii) evaluating whether the species is recovering; and iii) determining if the recovery plan is working. The five-year review is an important information tool and helps ensure that plants or animals that need protection remain on the list, while also making clear that those that do not are removed.

The problem: the federal government does not do its job. In Florida alone, there are 77 species that are overdue for a 5-year review— out of a total of 124 protected species in the state. In other words, the government has not followed the law for a staggering 62% of species in the state. Because the act grants extensive protection to a species including harsh penalties for landowners and other citizens, it makes sense to verify if a plant or animal should be on the list in the first place.

Take the case of Ed Contoski. Having developed a heart condition in 2004, Ed decided to sell property he owned so as to provide for his family’s retirement. A portion of this land was set aside for a housing development.

Then, the federal government stepped in.

The government hammer of unnecessary regulation struck Ed when one unoccupied bald eagle nest was discovered on his property. Ed faced a $100,000 fine and up to 1 year in jail if he harmed one eagle, eagle egg, or even unoccupied habitat of the eagle. His development plan for the property was, of course, blocked. Ed’s situation was made all the more absurd because by 2004, the bald eagle was far past its recovery goals set by the government. In fact by 1999, the bald eagle had met its delisting requirements in every region in the United States. The bald eagle was flourishing and it was past time to remove it from the list of endangered species. Pacific Legal Foundation took Ed’s case and the bald eagle was finally delisted in 2007, about 8 years after it should have been.

The bald eagle is considered an ESA success story, but the outrageous government delay in delisting the bird infringed Ed Contoski’s rights as a property owner.  Litigation against the federal government is often the only way to force the government to comply with its own guidelines and laws so that Americans like Ed can enjoy their rights as property owners.

In 2005, Pacific Legal Foundation’s Atlantic Center in Florida filed a lawsuit forcing the government to comply with the ESA and conduct 5-year reviews on close to 90 species in the state of Florida. PLF succeeded in that lawsuit, and now another lawsuit to address the approximately 77 species currently overdue for another 5-year review in Florida is under consideration.

Holding the government accountable to its own laws is an important right in a free society. Laws affecting property rights are especially important to monitor because property rights affect other liberties in our country. In his writings about property, the father of the constitution, James Madison said it best when he said,

In a word, as a man is said to have a right to his property, he may be equally said to have a property in his rights. Where an excess of power prevails, property of no sort is duly respected. No man is safe in his opinions, his person, his faculties, or his possessions.

Pacific Legal Foundation ensures that government intrusion on this most essential right is as limited as possible.