How a legal precedent stacks the deck against property owners 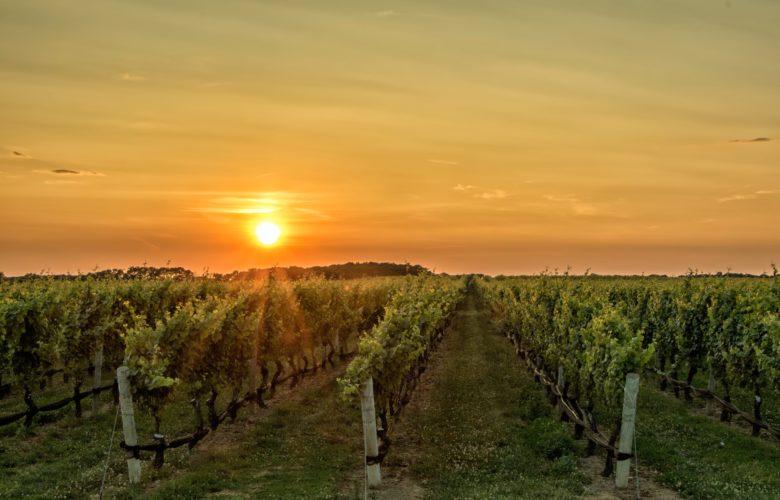 Property rights are at the core of our country’s founding. Yet, as sacred as these rights are to the safeguarding of our Constitution, the government has repeatedly disregarded Fourth and Fifth Amendment protections at the expense of individuals and their private property.

This is why defending property rights is such an important battleground issue for Pacific Legal Foundation.

On March 22, the Supreme Court heard arguments in Cedar Point v. Hassid, a challenge to a California law that allows union organizers to go onto private farmland for up to three hours a day for 120 days per year in order to drum up support for unionization.

The farmers, represented by PLF attorneys, claim that this State-sanctioned trespass is a physical invasion of their property and thus a violation of the Constitution’s Takings Clause.

The State, the farmers argue, has taken a de facto easement across their land for the benefit of the unions. Their fundamental “right to exclude” has been nullified. But California sees it differently.

The State argues that no easement has been taken and the farmers’ claims must be analyzed under a 1978 case, Penn Central Transportation Company v. City of New York. The Penn Central case was cited 25 times during the Cedar Point argument and was a linchpin of the State’s legal theory.

To understand why the State wants this case reviewed under Penn Central, and why landowners almost always lose such cases, a bit of history is in order.

But then the automobile, interstate highways, and airplanes happened. Railroads fell upon hard times. Penn Station was the first to go when it was demolished in 1963 to make way for an office building. Grand Central was another matter.

In 1968, the railroad broached plans to build a new skyscraper on the site. But by this time the outrage over the destruction of Penn Station had resulted in a movement to protect beautiful old buildings from destruction.

The newly formed New York City Landmarks Preservation Commission had declared Grand Central a landmark and refused to consider the railroad’s permit applications. The railroad sued, arguing that the denial was a taking of its property right to redevelop the site.

After losing their case in New York’s highest court, the railroad appealed to the Supreme Court.

The Court was unsure of what to do. The last time the Court ruled that a regulation took property was in 1922—long before New York stopped the railroad from building its office tower. But in 1978, Justice William J. Brennan had a law clerk who had read a law review article by Harvard Professor Frank Michelman that suggested a way out.

Instead of a straightforward answer to the takings question, the article said courts should weigh a number of factors. Justice Brennan grabbed onto the idea and wrote that courts must examine “the economic impact of the regulation,” “the extent to which the regulation has interfered with distinct investment-backed expectations,” and “the character of the regulation.”

The problem with these factors is that nobody knows exactly what any of them means. How much economic impact is too much? When does a property owner actually form “expectations” for an investment? And what, pray tell, is a regulation’s “character” supposed to look like? In the past 43 years, these “standard-free” standards have taken on the character of a Rorschach inkblot test.

That’s the old psychologist’s test where a subject is supposed to look at a series of inkblots and decide what they mean: is that one a butterfly or a vampire bat? Supposedly that helps the shrink determine whether the subject is normal or not. It is a purely subjective test.

With respect to takings, the Penn Central tests mean that if a judge likes government regulation, the economic impact is never too big, the investments are never reasonable (because we can all expect more government regulation), and the character of a regulation is always good because the government claims it protects health and safety. The key thing about Penn Central is that landowners almost always lose if a judge follows that test. It is no wonder that California wants the Supreme Court to decide the Cedar Point case with Penn Central.

But not so fast. The Court also has said, in other cases, that Penn Central doesn’t apply when government causes a “physical invasion” of property. In such cases, the taking is “per se” and no balancing is required. In one case, the Court held there was an unconstitutional taking when a landlord was forced to accept a few cable TV boxes and wires. So why would that “physical invasion” rule not apply here?

California argues that the cable TV equipment was permanent, but the union organizers were only on the property a few hours a day, for just one-third of the year. But should that matter? At one point during the Cedar Point argument, Justice John Roberts noted that if more than one union was involved, that could mean that union organizers could be on the farm every day.

But mostly the Court was skeptical of applying Penn Central to these circumstances. The Justices noted, first of all, that there were no actual cases in which a taking had been found under Penn Central where less than 50% of the land’s value had been destroyed. As inconvenient as the union trespassers might be here, no one has suggested they have destroyed the value of any farm by more than half.

Surprising to many Court watchers, even Justice Sonia Sotomayor seemed to be skeptical of the State’s argument, saying “that test … fails to capture the significant interests in the right to exclude in physical invasion cases.” Justice Sotomayor has regularly ruled against landowners in property rights cases. But here she said, “It has to be a different test. It can’t be Penn Central.”

Yet, despite the hostility by the many of the Justices to relying on Penn Central here, California’s attorney persisted, having locked himself into an argument from which he could not escape.

In short, Penn Central is a troubling case and the Court is unlikely to find that it applies here. It may still be relevant for looking at regulations that allegedly take property without any physical invasion or trespass, but hopefully not for long. Rather than forever relying on the balancing of indecipherable factors, the Court should give landowners and regulators alike a clear set of rules.

New PLF video highlights the absurdity of California access rule, but where did this law come from? April 28, 2021 I By BRITTANY HUNTER