Cedar Point Nursery and Fowler Packing Company are California growers that produce fruit for millions of Americans. Collectively, they employ around 3,000 Californians. In 2015, the United Farm Workers (UFW) viewed the workers as ripe for the picking and sent union organizers to storm the workplaces during harvest time to encourage them to unionize. Even though property owners have a right to exclude trespassers, the state’s Union Access Regulation takes an easement that allows these union organizers to enter a business’s private property three hours a day, 120 days a year. The businesses are asking the U.S. Supreme Court to invalidate California’s unlawful regulation and affirm that government can’t allow unions to invade private property and disrupt commercial operations without paying compensation for a property taking.

In the early morning hours in fall 2015—during Northern California’s frenetic harvest season—Cedar Point Nursery was at full staff. Five hundred employees were hard at work in trim sheds, tending to the strawberry plants that would soon ship to growers throughout the country.

They were suddenly shocked when a crowd burst through the doors and made their way through the building, barking through bullhorns that the workers needed to join the UFW. Some workers were so scared and intimidated that they left the property, but most stayed on the job, uninterested in union membership.

Similarly, for three straight days, UFW organizers tried to storm Fresno-based Fowler Packing Company, one of the nation’s largest growers of table grapes and citrus. Its 2,500 employees and their families already enjoy workplace perks typically promised by labor unions: safe and immaculate facilities, free health care with an on-site health clinic, and free meals any time of the day at an on-site cafeteria.

Mike Fahner, owner of Cedar Point Nursery, similarly treats his employees well, with many of them staying for twenty years or longer. Seasonal workers keep coming back to Cedar Point year after year. With little demand from his staff in joining the union, he consulted with the police and an attorney to stop the harassment of his business and was stunned to discover that the union’s property invasion was legally authorized under California law.

A state regulation requires all of California’s agricultural employers to allow such trespassing by union organizers. The California Agricultural Labor Relations Board created its so-called Union Access Regulation in 1975 so union officials can spend up to three hours a day, 120 days a year trying to recruit new union members—on their employers’ turf. Mike wondered how anyone could manage a business with the possibility of such severe disruptions hanging over them.

The regulation is a hold-over from the days when farm workers had little access to media or other means of communications and often lived on their employers’ property during busy times of the season. These days, seasonal workers stay at nearby hotels. And most workers have access to hundreds of Spanish-speaking radio stations and other media outlets, cell phones and smartphones, and the internet. Nevertheless, the board insists its regulation is still necessary to reach these employees.

Unions, however, have no special right to invade private property and disrupt commercial operations, and property owners have a fundamental right to exclude trespassers. Government can’t make a regulation violating that right even if it limits the hours when it applies.

States’ Amicus Brief on the Merits in Support of Petitioners

Cato Institute Amicus Brief on the Merits in Support of Petitioners

Pelican Institute's Amicus Brief on the Merits in Support of Petitioners 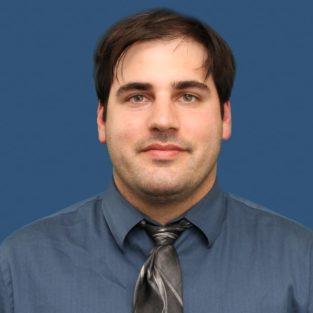 New PLF video highlights the absurdity of California access rule, but where did this law come from? April 28, 2021 I By BRITTANY HUNTER

Justice Gorsuch understands the nation will survive a landowner victory in Cedar Point April 01, 2021 I By JAMES BURLING

How a legal precedent stacks the deck against property owners March 31, 2021 I By JAMES BURLING