When Congress passed the Endangered Species Act it set out two categories of species: those that were endangered and which might go extinct and those which were only threatened, and which had the potential of becoming endangered, but were not in immediate danger. The point of the distinction was to allow for more attention to be focused on those species in most need of help. But the Fish & Wildlife Service lumped the two together, treating them virtually equally, and thus diluting the critical resources that would otherwise be directed at the plants and animals in the most trouble. Moreover, the most draconian of regulations have been applied to protect species much less in need of those harsh regulations. For that reason, we filed this lawsuit in National Federal of Independent Businesses vs. United States Fish & Wildlife Service. For more see our blog here or listen to our podcast.

We filed this reply brief in our motion for an injunction to stop union trespassers from coming onto private property owned by our clients in Cedar Point Nursery v. Gould. This arises out of a regulation adopted by the Agricultural Labor Relations Board that allows unions to walk onto private agricultural property for up to 120 days a year for the purpose of union organizing. We argue that this is the equivalent of the government taking an easement in violation of the Constitution. For more, see our blog post here. 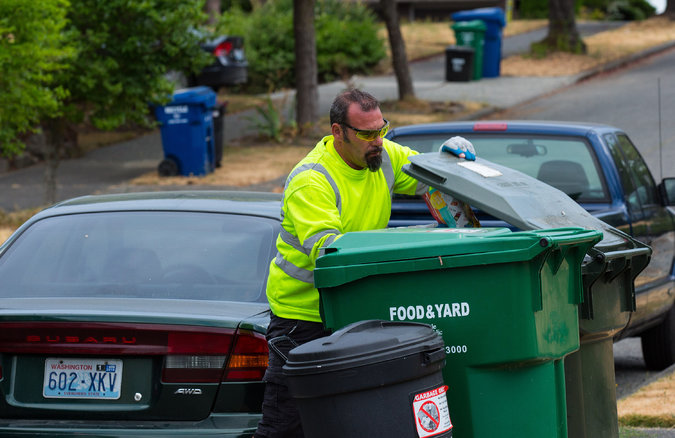 We filed this Motion for Summary Judgment in Bonesteel v. City of Seattle. We are asking that the City respect the privacy rights of its citizens and to stop snooping in their garbage looking for excess food waste. The next step will be a hearing on the motion.

In Dunnet Bay Construction Company v. Hannig, the Illinois Department of Transportation waived the right to respond to Dunnet Day’s petition for certiorari, but the USSC requested a response, which will be due on April 4. This shows there might be some interest from the Court on the issue whether a prime contractor must discriminate in selecting subcontractors if they want to bid at all. For more and a link to our amicus brief, see our blog post here.

We filed an amicus brief in the U.S. Supreme Court case of Microsoft v. Baker, which will determine whether plaintiffs in a purported class action case can avoid the final judgment rule by voluntarily dismissing their case when a judge denies their motion for class certification for the purpose of appealing the denial.  An earlier Supreme Court case, Coopers & Lybrand v. Livesay, held that denials of class certification are not appealable, even if the denial is the “death knell” of the litigation. In this case, the Ninth Circuit permitted an appeal after a voluntary dismissal, in conflict with several other Circuit courts. PLF’s amicus brief argues that among many other problems with the Ninth Circuit’s decision, a plaintiff who chooses to dismiss his own case no longer has a “case or controversy” that can be litigated in the federal courts under Article III of the U.S. Constitution. See our blog post here.