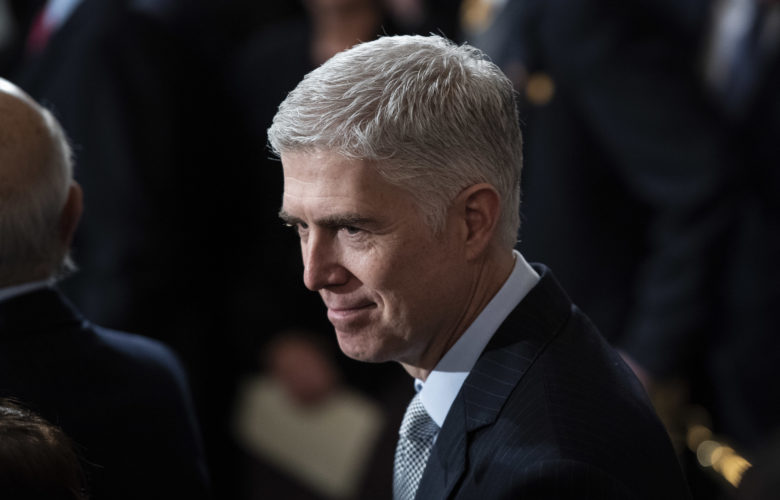 When the Supreme Court took up our Cedar Point v. Hassid case, it was to address a straightforward issue: Whether a California law that forced farmers to accept trespassers onto their property for three hours a day and 120 days a year had taken the owners’ property.

This is an important issue, because without the right to exclude unwanted guests, private property would be far less private.

But as soon as there is any suggestion that we should limit the power of government to commandeer the private property of its citizens, government and its sympathizers rise up to frighten the Court.

The friend-of-the-court briefs filed by some union interests and their progressive allies try hard to paint the picture of the doom of organized labor should the Court put a stop to the private property invasions by union organizers.

A brief filed by a group of progressive labor activists claimed that protecting the rights of landowners here would “grievously undermine state, local, and the federal government’s ability to make and enforce laws that protect the rights of workers and the public.” Citing cases from around the globe, another brief filed by some international labor lawyers went so far as to say that protecting property rights here would violate the norms of international labor law!

But at least one member of the Court—Justice Neil Gorsuch—was having none of it.

He began his questions at the oral argument by asking PLF’s Joshua Thompson a loaded question: Whether this case “would be revolutionary and the end of all regulatory regimes and that the government would never be able to walk on anyone’s property again to—to do a search—or to conduct tests or ensure the safety of licensed operations there, whether it’s a power plant or otherwise.”

Justice Gorsuch next asked whether the case would be different if, instead of union organizers, the law allowed union opponents onto private property. Thompson’s answer was “No.” The merits of the case, after all, weren’t pro- or anti-union; they were in favor of limiting government’s power to take private property without paying for it. And that’s key here.

A few years ago, the late Justice Ruth Bader Ginsburg laid these claims bare. In Arkansas Game & Fish Commission v. United States, the government argued it would  be unable to operate flood control projects if it had to pay for timber it destroyed after deliberate flooding of a forest. The Court didn’t buy it. Writing for the majority, Justice Ginsburg noted, “Time and again in Takings Clause cases, the Court has heard the prophecy that recognizing a just compensation claim would unduly impede the government’s ability to act in the public interest [but after these cases were decided the] sky did not fall.”

Today’s Cedar Point case is no different, but this time the supposed danger is to the very ability of government to protect public health and safety.

If the farmers were to win here, the State claims in its brief to the Court, it will be unable to protect public health and safety: A victory for the landowners would “imperil a wide variety of health- and safety-inspection regimes. These include, among many others, food and drug inspections …, occupational safety and health inspections, …  and home visits by social workers.” It continued this parade of horribles to underground mines, scrap yards, and even the duties of the border patrol.

Likewise, Senator Sheldon Whitehouse from Rhode Island filed a friend-of-the court brief in which he claims that a victory for the landowners here would “perpetually stack the deck against government’s interest to advance the public welfare.”

The State and its progressive amici are also arguing that a win for landowners will be a loss for unions. Because the unwanted guests that California is forcing farmers to accept on their land and inside their agricultural processing facilities are union organizers, we now hear the claim that any restriction on this government-sanctioned trespassing will destroy unions. Of course, that the other 49 states have no such rule and that many of them have a strong union presence isn’t noted when the fear-mongering begins.

A favorable result in this case may limit the ability of some people to violate the rights of landowners, but it hardly means that the government can’t protect public health and safety. Nor would it mean that a union with a just cause cannot convince workers to organize—but they cannot do so on privately owned farms and facilities without permission.

Property rights are for everyone. Just as farmers shouldn’t be allowed to wander through private union offices in order to persuade members to quit the union, so too unwanted union officials shouldn’t be given the power to march onto private farms to organize.

Justice Gorsuch’s clear-headed questioning should perhaps put an end to the gloom-and-doom scenarios put forward by the government and union activists. Protecting our constitutional rights—including property rights—will be a win for everybody.

Daily Journal: Property rights: the former “poor relation” takes its place at the table July 06, 2021 I By DEBORAH LA FETRA

The Supreme Court delivers a victory for property rights in Cedar Point Nursery v. Hassid June 23, 2021 I By PLF

Fighting for property rights at the Supreme Court during Cedar Point v. Hassid March 22, 2021 I By JOSHUA THOMPSON