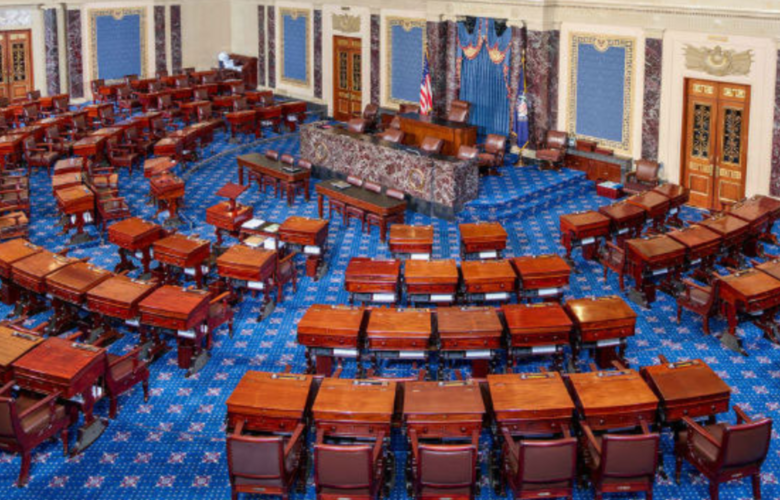 Americans are sharply divided about the possible impeachment of President Donald Trump. But regardless of how you feel about the controversy, many Americans remain unsure about what impeachment means, how it serves as a tool to enforce our government’s separation of powers, and how the Framers of our Constitution intended that tool to be used.

The impeachment process is analogous in several ways to being charged with a criminal offense. But there are also important differences.

There is no clear guidance in the Constitution about whether a sitting president can be charged with a crime under normal federal criminal laws. That question has been debated by legal scholars and attorneys, but the Supreme Court has not yet had the opportunity to settle the issue. However, the consensus view among multiple legal scholars is that the only avenue available to charge a sitting president with wrongdoing is through impeachment.

Impeachment is a formal charge of wrongdoing, not a conviction of that wrongdoing. For example, if you’re charged with shoplifting, you’re not automatically guilty of shoplifting. You are entitled to a trial. Impeachment proceedings work the same way: An impeachment does not mean a president is immediately removed from office; it is simply the formal process for charging a president for possible official wrongdoing. If convicted, they are then removed from office (and, in theory, can then face separate criminal charges if warranted).

After taking the oath of office, the vice president then becomes president.

An important thing to remember about the process of impeachment: Impeachable offenses are not limited to actual illegal activity; because of the broad language regarding impeachment in the Constitution, what constitutes an “impeachable offense” is an inherently political question. As Gerald Ford once put it: “An impeachable offense is whatever a majority of the House of Representatives considers it to be at a given moment in history.”

The history of impeachment

The Founders fervently debated the question of executive power at the Constitutional Convention in 1787. The Articles of Confederation (the first constitution of the United States) did not include an executive because the former colonists had suffered abuse at the hands of royal governors. But a national executive was a different matter.

Some of the Framers thought the executive should be an agent of Congress. Roger Sherman asserted that the executive (who would not be called “president” until almost the Convention’s conclusion) should be “nothing more than an institution for carrying the will of the legislature into effect.” On the other side of the debate, Charles Pinckney argued in favor of an executive with “vigorous” powers, with James Wilson going so far as to say that the position would “require the vigor of monarchy.”

While the Founders ultimately agreed to invest the president with broad executive powers, they again clashed over what should constitute an impeachable offense, and how impeachment (and then removal) should be carried out. What would happen if a president purposefully violated the Constitution or otherwise was deficient in discharging their duties? How could the other branches of the federal government rein them in?

Early in the Convention, the Framers adopted the standard that presidents could be impeached and removed only for “conviction of malpractice or neglect of duty.” However, later that summer several delegates tried getting rid of impeachment altogether. Rufus King proposed that elections would be a sufficient check on the executive branch. King argued that members of the Electoral College could simply refuse to reelect troublesome presidents. Other delegates, like John Dickenson, proposed that the president be removable whenever a majority of state legislatures or governors petitioned Congress. This system would have put the states in charge.

But James Madison argued that neither elections nor the states would be a sufficient check, because presidents “might pervert [their] administration into a scheme of peculation (embezzlement) or oppression.” Presidents might even “betray [their] trust to foreign powers.”

The delegates voted to retain impeachment but still could not agree on what an impeachable offense should be. They replaced the “malpractice” language with “treason and bribery,” but George Mason warned that it “would not reach many great and dangerous offences.” He offered the addition of the more open-ended term “maladministration,” but Madison objected, fearful it would give Congress too free a hand in removing a president for almost any reason.

The Founders ultimately came up with compromise language (which is what appears in the ratified Constitution). The Constitution states that presidents may be impeached for “Treason, Bribery, or other High Crimes and Misdemeanors.” They chose the words for very specific reasons. “High Crimes and Misdemeanors” is ambiguous enough for Congress to define its precise contours on a case-by-case basis, while also being rooted in British and early American history via past impeachments of public officials.

Not only would impeachment serve to protect the separation of powers from abusive presidents, but the process itself would incorporate that separation.

The House of Representatives, as the direct representatives of the people, were selected as the body charged with deciding whether a president’s behavior warrants an official impeachment charge.

The Senate was picked to conduct impeachment trials. In Federalist 65, written to explain to the citizens of New York why they should support ratification of the Constitution, Alexander Hamilton argues that the Senate was the best forum for impeachment trials because senators are representatives of each individual state in their sovereign capacity, rather than being directly dependent on the people for reelection. (For the first 125 years of the Republic, senators were appointed by state legislatures. The 17th Amendment changed this system by providing that senators would be elected by the people.) According to Hamilton, senators would be more likely to act impartially in deciding a president’s guilt.

Finally, the Supreme Court itself would not have a direct role in impeachments or impeachment trials, as its members were dependent on the Executive Branch for their nominations. But the third branch was still provided an important role, as the Chief Justice was charged with presiding over the president’s trial before the Senate.

While the merits of any individual impeachment will be decided by Congress in the role assigned to it by the Framers, we should be grateful that our system allows for the people to check the power of the chief executive. This is particularly true as the scope of the executive branch has increased with the growth of regulatory agencies.

After all, we live in a republic, not a monarchy.

The Founding Fathers of our limited government: George Washington and the importance of property rights July 11, 2019 I By TIMOTHY SNOWBALL

The Founding Fathers of our limited government: John Adams and the principle of equal protection July 01, 2019 I By TIMOTHY SNOWBALL