Investor’s Business Daily: Reining In The Regulatory State: Restoring The Separation Of Powers 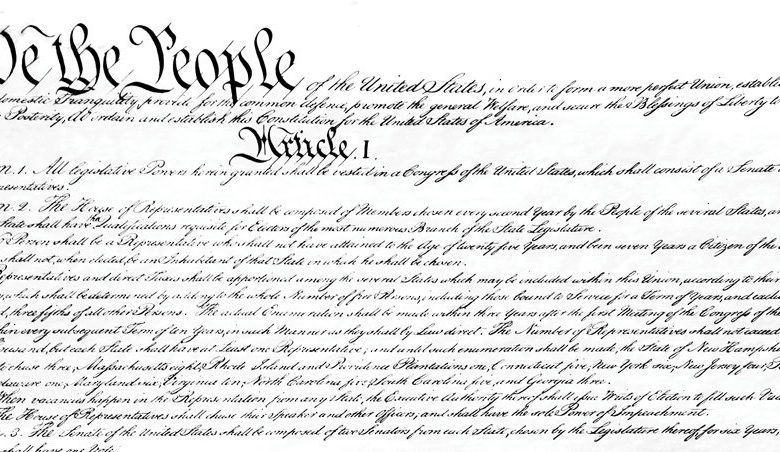 Millions of schoolchildren were taught about the divided nature of our federal government under the constitutional separation of powers from those Schoolhouse Rock verses.

But if this song were updated to more accurately represent today’s federal system, the dazzling three-ring circus would be, replaced by a single monolithic act: the executive branch.

In theory the sole dominion of the executive branch remains “to see that the laws get done.” But in practice, that branch now also frequently writes the very laws it enforces.

How has this happened? The prime culprit is Congress itself. Although still the only branch with the power of “passin’ bills,” Congress has abdicated its lawmaking power.

The means of this abdication is silence: Congress passes laws with crucial elements undefined, leaving the executive branch to “fill in the gaps.”

Over time, these gaps have become larger and larger, so that choices made by executive branch officials often determine the fundamental operation of a statute. The subjective decision of a single bureaucrat can literally make the difference between an action being perfectly legal or punishable with jail time.

A prime example is the Clean Water Act. That act grants significant regulatory power to the federal government over the “navigable waters” of the United States. One might think, the statute would carefully and clearly define the term “navigable waters” precisely, so that the rule’s reach and limit would be understood by both regulators and to property owners.

But in fact, Congress left the term entirely undefined. And the executive branch has seized on this silence, extending the reach of the Clean Water Act in various steps to an absurd degree.

The result is that small family-owned businesses have had their livelihoods disrupted by an executive branch that decrees even ponds and frozen ground could be “navigable waters.”

Imagine an irresponsible person lending his car to a 12-year-old driver. We would not say of the car owner, “well, that’s a reckless way to risk his own vehicle, but he’s only hurting himself.” Instead, we rightly recognize that by giving his car to an unqualified driver, the owner puts everyone on the road at risk.

In the same way, by giving lawmaking power to those who were never supposed to wield such power, Congress has put the American people at risk of arbitrary and burdensome regulation.

But why has Congress chosen to give away the legislative power that “We the People” granted? The simplest answer is political expediency. The Founders made enacting legislation difficult by design; having to win a majority vote in two houses of Congress (along with the president’s signature) would ensure that only laws with broad support across multiple constituencies could take effect.

Abdication to the executive branch allows controversial edicts to instead be imposed by a single, unaccountable decision maker, when those same rules might never have won majority support in both houses.

But luckily, the third act in our three-ring government, the judiciary, has the power to rein in excessive executive branch lawmaking. The courts are tasked with ensuring that all statutes comport with the Constitution, which vests “all legislative power” in Congress alone.

If a statute subverts this design by granting de facto legislative power to the executive, the judiciary’s duty is to invalidate that statute.

Although the Supreme Court has often repeated this principle, it has unfortunately rarely enforced it. But this may be about to change. The newest justice, Neil Gorsuch, wrote as a Tenth Circuit judge that “if the separation of powers means anything, it must mean that the prosecutor isn’t allowed to define the crimes he gets to enforce.”

What will happen when the court finally affirms the separation of powers? Defenders of the expansive regulatory state insist that Congress is not up to the task of legislating all the rules needed for our complex modern world, and that executive branch expertise is irreplaceable.

But that fear is overblown. Such arguments confuse legislative authority (the sole province of Congress) with research and drafting — which the executive branch is free to engage in (the Constitution invites the President to recommend such legislation as he deems proper).

Creative bills like the Regulation from the Executive in Need of Scrutiny (REINS) Act would allow the executive to continue to draft and propose important rules, while leaving the authority to enact those rules to Congress.

Such a solution would restore the separation of powers the Founders designed, in which liberty cannot be taken away based on the whims of unelected bureaucrats.

Part 1: “Taming the Regulatory State: It’s a Constitutional Imperative” by Todd Gaziano
Part 2: “Reining in the Regulatory State: Restoring the Separation of Powers” by Tommy Berry
Part 3: “Only Strong Judicial Review Can Restore Separation of Powers” by Tony Francois
Part 4: “Rule Makers Must Follow the Rules, Too” by Jonathan Wood
Part 5: “For Regulatory Reform, Washington Should Start with the Tools They Have” by Damien Schiff
Part 6: “Congress Must Regulate The Regulators To Restore Accountability” by Anastasia Boden

Jurist: Accountability in the administrative state: the role of SCOTUS March 03, 2021 I By OLIVER DUNFORD