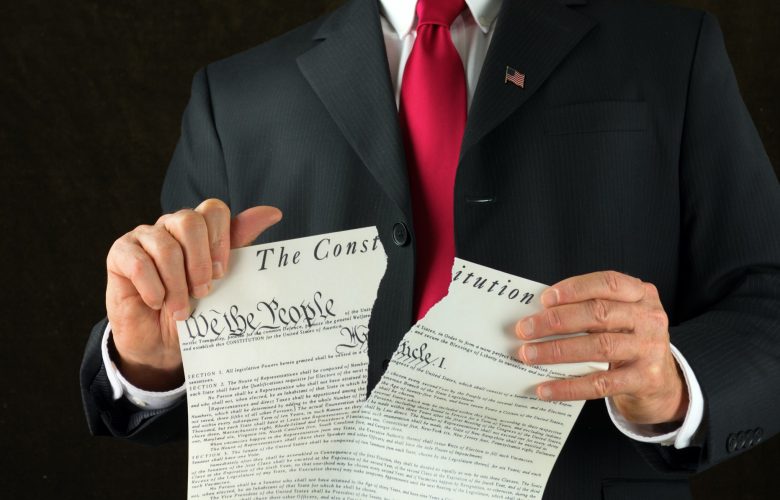 Is the U.S. government under the control of a shadowy group of insiders, unseen by the public and unaccountable to voters? A newly published report suggests the answer is “yes.”

But lay aside the elaborate conspiracy theories about Russian infiltration. This insidious threat is far more mundane, stemming from bureaucrats who have hijacked the regulatory process to evade accountability for their actions. It’s time for Congress and President Trump to push back against federal agency rule-makers who are overstepping their authority.

Who Is Really In Charge?

Over the past year, a team of lawyers and researchers investigated the inner workings of one federal department to find out who is really in charge. Our final report does not read like a spy novel. In fact, it’s about as exciting as a law journal. However, it proves what many Americans have long intuitively known: unaccountable bureaucrats make the rules in this country.

Here’s the background: During litigation over a controversial Food and Drug Administration’s (FDA) regulation in 2018, attorneys at Pacific Legal Foundation found that a career bureaucrat had signed off on the rule.

That’s a problem because that bureaucrat did not have the Constitutional authority to issue regulations. The Constitution’s Appointments Clause requires that rules binding Americans must be issued by “officers of the United States” — i.e., government officials appointed by the president and confirmed by the U.S. Senate, or hired by cabinet secretaries under congressional authorization. Such officials are subject to political accountability, which allows them to wield political power such as issuing binding rules.

That description does not apply to career bureaucrats, who are government employees hired through the merit system, which is intended to be free from political influence in hiring and firing practices.

Recognizing that career bureaucrats signing off on rules is Constitutionally problematic, PLF investigated the rule-making process at the Department of Health and Human Services (HHS). Looking at all rules issued by HHS from 2001 to 2017, we found that 71 percent of the 2,952 rules we reviewed were unconstitutional. The worst offender within HHS is FDA, where 98 percent of rules are unconstitutional.

Many of these are highly technical rules that govern scientific drug and food development; others are significant regulations that carry huge costs and have a substantive impact felt by businesses and consumers. But in virtually all cases, these rules were enacted by government employees who lacked the proper Constitutional authority to do so.

What this practice represents is an erosion of government accountability, which paves the way to an erosion of liberty and, ultimately, government abuse. While those who are supposed to be in charge, according to the Constitution, abdicate responsibility, the people really running this country — the faceless and unaccountable bureaucrats who never have to answer to the voters or the political process — are crafting and implementing the regulations that will rule our lives.

It’s nearly impossible for a cabinet secretary or the president to fire career bureaucrats because they have layers of protection through the merit system. Unlike elected or appointed officials, these bureaucrats have little incentive to respond to the wishes of the American people. They’re not trying to win your vote. Why should they care about your opinion of the rules that they assume only bureaucrats and a few lawyers will understand, anyway?

Meanwhile, political appointees collude with career bureaucrats to avoid accountability. If the president or Congress dislikes a rule, the agency head or cabinet secretary can point to the career bureaucrat when called in for questioning. In turn, the career bureaucrat can rightly claim they’re not in charge. They’re playing hot potato with the rules that govern your medicine, your food and countless other aspects of your life.

Keep in mind that this year-long study examined only a single department. We don’t know how widespread this practice is in other government agencies (after all, no one really even knows how many government agencies exist, and many are not even authorized). Congress should investigate whether career bureaucrats or politically accountable presidential appointees are writing the rules in each agency.

Perhaps more importantly, President Trump should act. He should remind these elite bureaucrats that the American people put him in charge and that the American people have the final sign-off on the rules that govern their lives. Going forward, the president should require that only Senate-confirmed officials sign-off on his administration’s rules.

With a pen-stroke, President Trump could take power from deep-state bureaucrats and give it back to the American people.

This article was originally published by Issues & Insights on May 22, 2019.