For generations, private owners of lake front lots in California’s Sierra Nevada Range have maintained boating and fishing docks on their property, to enjoy the lakes and the recreational opportunities they afford. Under established law, these property owners own the land down to the low water mark of the lake, and on lakes that never supported commercial navigation, they own the lake bed to the middle of the lake. Many of these lakes had small dams added to them, so that the high water level encroaches on the lakefront owners’ property. Thus, the docks can access the water but are still on private property instead of a state owned lake bed.

But the California State Lands Commission sees a revenue opportunity in these docks, and for years has incorrectly claimed that it owns the part of the lake beds on which the docks are installed. The Commission wants annual rent from the dock owners, up to $5,000 annually. This shake down is coming to a head at Donner Lake, where the Commission has strong armed the nearby Town of Truckee into withholding dock maintenance permits from dock owners who do not pay annual rent to the Commission.

The Commission is now taking this extortion to the next level, by enacting regulations that allow it to fine property owners for having docks on their own property, on the premise that the lake beds under the docks actually belong to the Commission. This is outrageous. If the Commission believes it owns property that it cannot prove title to, it has to go to court to establish that it owns the land. But these new regulations purport to allow the Commission to determine its own title to the lake bed, even though the title records show that lakefront homeowners own this portion of the bed.

A lawsuit was recently filed by a group of homeowners seeking to establish both that the Commission does not own the relevant portion of the lake bed, and that the regulations violate the California Administrative Procedures Act. In addition to these claims, we would also argue that allowing a government agency to assert its own title to land it does not own, in order to fine the actual owners for “trespassing” on their own property, violates several aspects of the Due Process Clause. 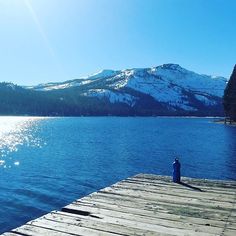