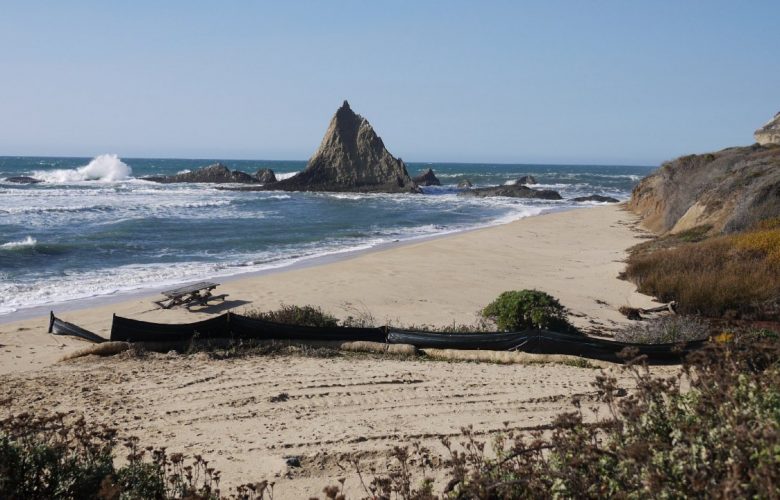 Caution: Repainting this sign may constitute development under the Coastal Act

Surfrider Foundation has been battling Vinod Khosla in the California courts for several years, trying to force him to allow the public to cross his private property and use his private beach. We’ve written before about the myths and realities of that dispute–of which there are many. In August, a unanimous court of appeal panel ruled that Khosla violated the California Coastal Act when he stopped opening up a gate to the public that has existed for decades, and was previously opened periodically to allow access for a fee. Khosla is appealing that decision to the California Supreme Court, and today we filed this amicus letter brief in support of his petition.

The court of appeal held that painting over an existing sign, putting a lock on an existing gate, and hiring security guards to deter trespassers on private property constituted “development” under the Coastal Act. Because the coastal act defines development as including “change in the intensity of use of water, or of access thereto,” the court held that Khosla was required to seek a permit before he could stop inviting members of the public to use his private beach.

Yes, Vinod Khosla is a billionaire, and many people think seem to think that he should just give away his property rights because the public wants them. But that’s not how the Constitution works. Weakening property rights for the rich weakens them for everyone. If the public wants to turn private property into public property, it has the means to do so–but the Constitution requires that the owner is compensated.

This massive expansion of Commission jurisdiction is not the sort of question that should be decided by a court. California courts have long recognized that fundamentally legislative decisions of policy should be decided by the Legislature. For over 40 years, “development” has required, well, something like actual development. True, the Commission has worked tirelessly to expand the definition wherever possible, but the Martins Beach decision removes almost all remaining limits.

We hope the California Supreme Court will grant Martins Beach’s petition, and restore sanity to the Coastal Act.