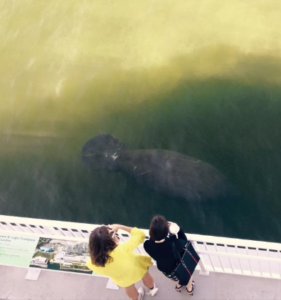 The Florida Fish and Wildlife Commission (FWC) gave cause to celebrate: the manatee population continues to grow in Florida, according to agency’s newest survey results. The FWC today announced it counted 6,620 manatees in its annual survey. Last year the FWC counted 6,250 and in 2015 it counted 6,063 manatees. The FWC conducts the manatee aerial survey each winter, when weather conditions permit. A team of observers fly around the state’s warmer waters where manatees typically congregate, and count the number of manatees that they can see.

The latest survey results are a reminder that the U.S. Fish and Wildlife Service should have already followed its own experts’ advice and reclassified the manatee from “endangered” to “threatened.”  As our readers will recall, last month, PLF sent the U.S. Fish and Wildlife Service a 60-day notice that we would file a lawsuit on behalf of our client, Save Crystal River unless it follows the law and adopts the rule it proposed more than one year ago.

The U.S. Fish and Wildlife Service’s own biologists recommended in 2007 that because the manatee was no longer in danger of extinction, it should be reclassified as threatened. At that time, the agency estimated 3,300 manatees swimming in Florida waters. But the Service did not act on its own experts’ advice. Instead, it entertained proposals to increase regulations in and around Crystal River, Florida.

In 2012, PLF filed a petition to reclassify the manatee, on behalf of Save Crystal River, a nonprofit community group in Citrus County Florida that is restoring habitat around Kings Bay, Florida. PLF had to file two lawsuits to force the government to act on the petition. Last year, the Service proposed a rule to downlist the manatee to threatened. Federal law gave the agency one year to either adopt that rule or explain why it was not adopting the rule, but the agency missed that deadline, too.

This month’s survey results make it even more clear that we all have cause to celebrate. Let’s hope the federal government joins the party soon and formally recognizes the manatee’s improved status.