The Florida Fish and Wildlife Commission released its latest manatee count, revealing that at least 6,063 manatees were swimming the waters of Florida last month.  This is the most manatees ever counted since the Commission began the surveys in 1991. The state Commission counts manatees by conducting an aerial survey of areas where manatees typically congregate in cold winter months and represents the minimum number of manatees in the state.  As the Sun Sentinel reported yesterday, PLF is happy to see that the manatee population is growing. We hope the federal government will take this into consideration as it reviews our petition and the manatee’s current “endangered” status. 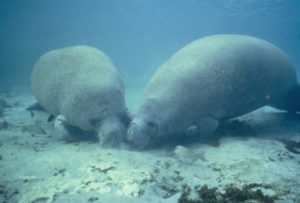 As our readers will recall, the U.S. Fish and Wildlife Service’s own 2007 status report recommended reclassifying the manatee as “threatened.” That recommendation was based on an estimated population of 3,300 manatees.  After the USFWS refused to follow its own advice, PLF filed a petition in 2012 on behalf of Save Crystal River, asking the USFWS to follow through with the report’s recommendation.  When the USFWS refused to respond to our petition in the manner required by the law, we sued.  As a result, the agency finally announced in July 2014 that it would take a closer look at the manatee’s status and then decide whether to reclassify the species.  We expect the USFWS to make its decision on reclassification around July of this year.

In the meantime, everyone should celebrate that manatees are doing well.