Blog > Myths about Obamacare litigation: Why the ACA is not "here to stay"

Myths about Obamacare litigation: Why the ACA is not "here to stay"

As Timothy Sandefur announced this week on Liberty Blog, PLF has filed a long-anticipated petition for certiorari on behalf of Matt Sissel asking the Supreme Court to decide his Origination Clause challenge to Obamacare. Tim’s blog post is the most recent of many that explain why Obamacare’s taxes are unconstitutional, but we’ve always maintained that it would take the “Supremes” to resolve the issue. The lengthy and heated debate among the judges on the full DC Circuit regarding the panel’s original opinion and alternative resolution reinforces that conclusion.

Tim also touched on the administration’s main tactic to deflect attention from the litigation: to decla 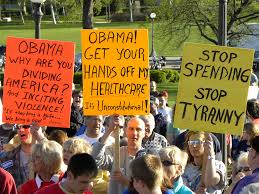 re the debate “over” regarding whether the misnamed Patient Protection and Affordable Care Act (ACA) is “the law of the land.” The White House desperately wants Americans to accept Obamacare and learn to like it. But try as it might, Obamacare’s disastrous policies and the administration’s questionable implementation justify American’s continued rejection of the law.

Readers should visit PLF’s new Obamacare case page that includes our FAQs on the case, an updated legal backgrounder, op-eds, news stories and the like. Among them is a link to my recent Forbes piece that attempts to dispel ten Obamacare litigation myths and some of the general cynicism about Sissel v. HHS and similar Obamacare challenges.

Inside the Beltway and among some legal elites, Obamacare litigation fatigue is palpable. And yet, PLF’s filing and press conference on Monday received extraordinary coverage, with over 1000 TV, print, and radio stories, including coverage by the Associated Press, RealClearPolitics, SCOTUSblog, at least five national radio networks with hundreds of stations each, and the major TV networks and the leading daily newspapers. In short, the cynicism among the elites does not seem to be shared by those who have the most to lose with Obamacare.

Below are two of the myths that I “bust” in the Forbes piece. The Beltway types can retain their cynicism about all things (it’s part of what they market), but there is no easy way for the Supreme Court to avoid passing on major constitutional problems with a law as significant as Obamacare.

That’s a nice slogan if you are an Obamacare booster, but it’s still just wishful thinking. One party’s challenge on certain issues doesn’t preclude all other claims. The fact is that complex, lengthy and sloppy statutes generate more challenges. Obamacare is about as lengthy, complex, and radical in its transformation of a major industry as it comes. It was also carelessly drafted and forced through Congress before almost anyone could read it. The Supreme Court has been resolving ordinary Medicare and Medicaid cases that the lower courts disagree on for over 50 years; Obamacare is far more complex. It will spawn major lawsuits for as long as it is on the books.

Myth #4: All the important constitutional challenges to Obamacare have been resolved by now

This is a variant of myth #3, and it fails for related reasons. Some provisions of Obamacare didn’t or don’t become effective until 2014, 2016, 2017, and 2018. The Goldwater Institute’s worthy challenge to the Independent Payment Advisory Board was held (wrongly in my view) not to be ripe until 2017. Matt Sissel’s challenge, that the individual mandate “tax” violates the Origination Clause because it did not originate in the House, arose only after the Supreme Court ruled in 2012 that the mandate penalty was a tax (recall Obama denied it was a tax for years). Beyond that, landmark rulings interpreting many statutes occur decades after passage. The Supreme Court struck down the one-house veto provision in an immigration statute (and over 160 other statues) when Jagdish Chadha prevailed in his challenge 21 years after the immigration provision was enacted and many years after the other 160 statutes were passed.

Whether the Supreme Court takes Sissel or a later case, Obamacare is equally unconstitutional. Because the DC Circuit panel confirmed Matt Sissel has standing to bring an Origination Clause challenge to the individual mandate “tax,” wouldn’t it be better for everyone (including the government that insists there is no reason to worry) for the justices to decide the issue this term of Court? We think so, and apparently many others agree.