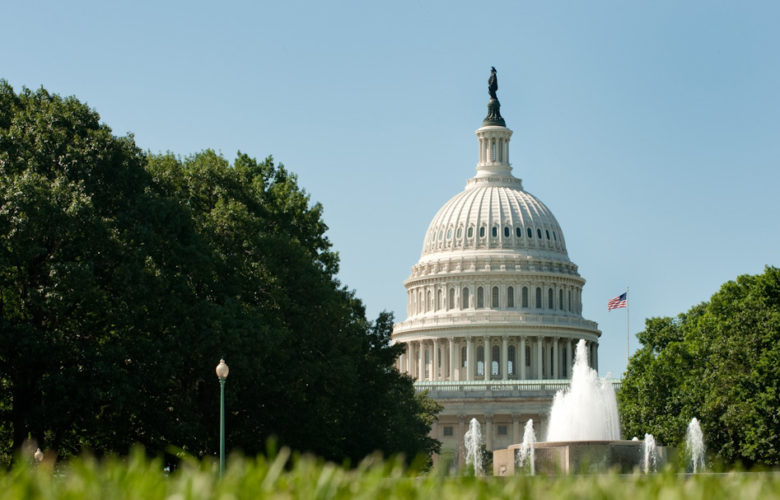 This week, the Pacific Legal Foundation filed a second wave of lawsuits in our campaign to accelerate the end of the unconstitutional administrative state. PLF’s coordinated litigation campaign challenges violations of regulatory-reform mandates, most notably multiple agency failures to send rules to Congress as required in the Congressional Review Act (CRA). On behalf of the Kansas Natural Resource Coalition, we argue that the U.S. Fish and Wildlife Service must submit its very helpful “PECE” rule to Congress before it may lawfully go into force. That rule encourages state and private conservation, rewarding effective conservation programs by avoiding the need to list species under the Endangered Species Act. That beneficial rule must be submitted to Congress so that KNRC and conservationists may rely on it in their work to protect potentially threatened species and their habitat, such as the lesser prairie chicken.

PLF also filed a lawsuit this week on behalf of brothers Doug, Don, and David Pickett, who run a cattle-ranching operation in Oakley, Idaho, that is facing significant harm because of the billion-dollar, thousands-of-job-killing “sage grouse” rules issued by the Departments of Interior and Agriculture. For decades, the Picketts have relied on permitted federal land to feed their cattle during the summer months. The sage-grouse rules create new financial burdens for them, make it difficult to plan and make investments for the entire grazing season, and could also drive the Picketts’ ranch out of business entirely. The rules by the Departments of Interior and Agriculture affect 98 regions in ten western states and over 65 million acres of land. They were the subject of court orders and public notice-and-comment rulemaking, but they were never delivered to Congress for review as required by the CRA. Congress could overturn the sage-grouse rules using the CRA’s fast-track procedures — once they are delivered to Congress.

In its first wave of innovative litigation against the regulatory state in late January, PLF filed three lawsuits in Minneapolis, Dallas, and D.C. challenging the FDA’s unconstitutional practice of delegating power to career bureaucrats to issue rules that bind the public. We specifically targeted the FDA’s “Deeming Rule” that threatens the livelihood of our clients and other small vape-shop retailers. Many of them entered the business because vaping helped them quit smoking; peer-reviewed medical journals suggest that vaping could save millions of lives by doing the same for others. The FDA rule requires prohibitively expensive pre-market approval of any new vaping liquid flavor and imposes a prior restraint on truthful speech about vaping. We argue that the Constitution permits only principal officers of the United States, who are appointed by the president with the advice and consent of the Senate, to issue rules that govern the public. Even if inferior officers (whose offices were created by statute) may issue binding rules, career employees cannot do so.

Yet our research shows that the same career FDA employee, Leslie Kux, issued more than 200 rules in the past ten years — almost all of the FDA’s major rules in that period. The Senate-confirmed and presidentially appointed FDA commissioner illegally delegated the authority to issue FDA rules to Kux. It is as if a Supreme Court Justice had authorized a court employee to issue opinions in his name.  Although FDA’s culture bristles at “political” direction from higher officials, FDA is an agency within the Department of Health and Human Services. HHS’s Center for Medicare and Medicaid Services, a unit of comparable size and importance to FDA, promulgates almost all its important rules the constitutional way, usually with the signature of the HHS secretary.

It’s unclear when the FDA and other agencies started their unconstitutional practice of delegating rulemaking power to employees (which is essentially the power to issue law under broadly worded congressional statutes), but no one previously noticed or instituted a litigation campaign to end it. We hope hundreds of others follow our lead. Though PLF loves securing Supreme Court and other victories for its clients, our mission is to secure liberty for all, and we can’t do that alone.

As part of its stepped-up efforts to end the unconstitutional regulatory state and fully restore the structural protections for individual rights in the Constitution, PLF is also formally launching a Center for the Separation of Powers this month. Early work in the Center helped develop the first two innovative litigation campaigns launched this year. More generally, the Center for the Separation of Powers will lead in the development and promotion of solutions to end the unconstitutional administrative state — through strategic litigation, legislation, and executive action. In doing so, the Center will also contribute to the proper understanding of the Constitution’s separation of powers.

Why focus on the separation of powers? Quite simply, it is the indispensable protection for our substantive freedoms, and it is the single most important development in constitutional government since Magna Carta. Justice Antonin Scalia summarized its critical role near the beginning of his now prophetic dissent in Morrison v. Olson:

The Framers … viewed the principle of the separation of powers as the absolutely central guarantee of just government.  In [Federalist No. 47], Madison wrote that “[n]o political truth is certainly of greater intrinsic value, or is stamped with the authority of more enlightened patrons of liberty.” Without a secure structure of separated powers, our Bill of Rights would be worthless, as are the bills of rights of many nations of the world.

Progressive thinkers throughout the last century intentionally sacrificed the separation of powers in order to centralize power in a federal bureaucracy. The Constitution’s reliance on electoral controls and direct political accountability raised an obstacle to progressives’ misplaced faith in scientific experts who would regulate our lives.

Taking advantage of the Great Depression in the 1930s, progressives used many New Deal programs to build an administrative state that lacked a constitutional foundation. Franklin Roosevelt then filled the courts with enough compliant judges to acquiesce in the erosion of the separation of powers. To paraphrase Rahm Emanuel’s more recent quip, progressives did not “let a serious crisis go to waste.”

For more than 80 years, federal judges have disregarded their duty of independent judgment and blessed the seemingly inexorable rise of the administrative state. But sustained and principled criticism never allowed the intellectual foundation of the regulatory state to settle. Its raw power continues to grow, but its legitimacy is increasingly questioned.

The current political, intellectual, and judicial climate is now primed to produce a return to the constitutional order. In addition to requiring regulators to follow federal law, PLF’s Center will target these and other problems:

Near-term solutions will bring substantial improvements in liberty, but we all should commit to the long-term campaign to fully restore and then maintain the constitutional order. The contradiction between a Constitution of separated powers and the increasing concentrations of authority in regulatory bureaucracies cannot continue indefinitely. We are confident that the separation of powers is the side that will prevail.

Todd Gaziano is the director of Pacific Legal Foundation’s Center for the Separation of Powers. John Yoo is the Emanuel S. Heller Professor of Law at the University of California at Berkeley, a visiting scholar at the American Enterprise Institute, and a trustee of PLF.