New Jersey places a bet on the Constitution

States are not puppets of the federal government, to be manipulated to accomplish whatever policy the federal government might prefer. If they were, both individual liberty and political accountability would be compromised. That’s why our Constitution forbids the feds from requiring states to govern according to federal instructions. 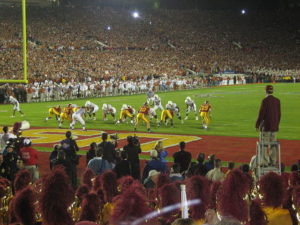 By Eric R from Scranton, PA

That venerable principle is the basis for a cert petition that New Jersey recently filed in the Supreme Court. For years, the state’s voters have been clamoring to legalize sports gambling, even going so far as to amend their Constitution to provide for it. They’ve been stymied in that effort by a little-known federal law which, according to the Third Circuit, forbids states (other than Nevada) from repealing their own state-law prohibitions. If you’re one of the millions who bets on sports (the vast majority of which are placed illegally), this case directly impacts you.

PLF, joined by the Competitive Enterprise Institute and the Cato Institute, filed a brief this week supporting New Jersey. Our brief explains that the Third Circuit’s decision is a significant threat to the federalism enshrined in our Constitution.

To guarantee federalism, the Supreme Court has repeatedly held that the federal government cannot “commandeer” states or their officials by requiring them to implement federal policy. By protecting federalism, this anti-commandeering doctrine also protects individual liberty and political accountability.

As our brief explains,

Federalism is not just an end in itself. Rather, it “is one of the Constitution’s structural protections of liberty.” Although it might seem counterintuitive, “freedom is enhanced by the creation of two governments.” “By denying any one government complete jurisdiction over all the concerns of public life, federalism protects the liberty of the individual from arbitrary power.”

The most obvious way the doctrine protects individual liberty is by requiring the federal government to make the hard choices about how to implement a particular policy, and at what cost. If it could simply dictate policy to the states, Congress could avoid all of these by imposing them on the states.

This also explains why the doctrine protects political accountability.

If commandeering were allowed, state officials might take the fall for unpopular policies over which they have no control. Likewise, it would permit federal politicians to claim credit for addressing a serious national problem, while foisting the difficult questions of how to do so and at what cost on state officials. “The resultant inability to hold either branch of the government answerable to the citizens is more dangerous even than devolving too much authority to the remote central power.”

Why should you care? Because of the principle at stake, this case is about far more than just sports gambling in New Jersey. The anti-commandeering principle is what allows states, and their voters, to set education and environmental policies for themselves. It’s what has allowed states to recently experiment with legalizing marijuana. It acts as an important check on federal encroachment and guarantees that states will continue to experiment with novel solutions to vexing public policy problems. We all benefit from that experimentation because it reveals what policies provide the most benefit at the lowest cost.

It is thus imperative that the Supreme Court take the case and uphold this important constitutional principle. As Justice Kennedy explained in a case twenty years ago,

“[T]he federal balance is too essential a part of our constitutional structure and plays too vital a role in securing freedom for us to admit inability to intervene when one or the other level of Government has tipped the scales too far.”