Ninth Circuit: Ban on felon-coaches is not racial discrimination

The Ninth Circuit issued a favorable opinion today in Hardie v. NCAA, a case raising the important question of whether disparate impact liability is cognizable under Title II of the Civil Rights Act. The Ninth Circuit didn’t answer the question. It held instead that NCAA’s ban on felon-coaches in its high school tournaments didn’t amount to a disparate impact violation, even if Title II encompassed such claims. 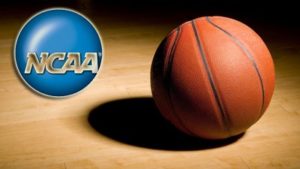 In a cogent concurring opinion, Judge Faber noted that although NCAA did not argue the issue on appeal, “amici Pacific Legal Foundation (PLF), Competitive Enterprise Institute (CEI), and the Center for Equal Opportunity (CEO) have argued most ably that Title II does not authorize disparate-impact liability.”

The Ninth Circuit did not address the important constitutional question in Hardie. But rest assured that the court will have to address that question one day. When that day comes, PLF, along with our friends at CEI and CEO, will be on the front line to defend the constitutional guarantee of equal protection.

Ban on felon-coaches is not racial discrimination