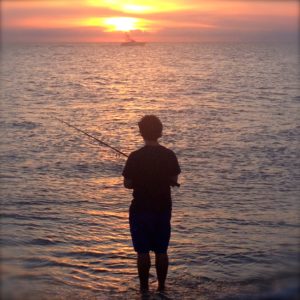 With PLF’s help, the sun should set on a fishy federal prosecution.

This week, Pacific Legal Foundation filed a friend of the court brief at the Supreme Court of the United States on behalf of a Florida fisherman named John Yates.  Mr. Yates, a grandfather and commercial fishing boat captain for hire, found himself reeled in by a federal government in an overzealous prosecution.  The government took the position that commercial fishermen, who already face overwhelming federal and state civil regulations on the size, amount, and types of fish they catch, should also face the risk of decades in prison, as well.

To accomplish that dubious goal, the federal government charged Mr. Yates with violating the Sarbanes-Oxley Act, a law Congress passed in response to the Enron corporate debacle more than a decade ago. Congress intended for the law to allow “for criminal prosecution of persons who alter or destroy evidence in certain federal investigations or defraud investors of publicly-traded securities.” Here, the federal government decided this law applied to a fisherman who caught three red grouper that were undersized and then may have thrown them overboard after receiving a citation for catching undersized fish. This law carries the risk of twenty years of imprisonment.

Pacific Legal Foundation filed its amicus brief objecting to this prosecution on behalf of six different commercial fishing organizations from across the country.  The Florida Keys Commercial Fishermen’s Association, Southeastern Fisheries Association, Garden State Seafood Association, Commercial Fishermen of Santa Barbara, California Abalone Association, and California Sea Urchin Commission all stood up on behalf of Mr. Yates and told the federal government that commercial fishermen should not face the risk of big government prosecution gone amok. Instead, the federal government should interpret its laws to apply as the laws are written, and not so as to ratchet up the pressure on a defendant to plea guilty to crimes that do not apply to his conduct because he fears decades in prison if he goes to trial and loses.

PLF expects the Court to hear oral argument on this case in October.