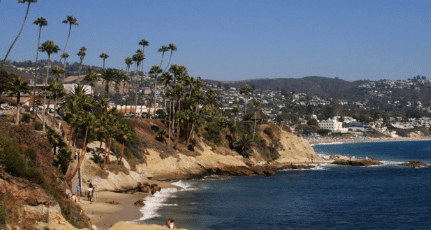 Back in 2014, PLF urged the U.S. Supreme Court to review the Ninth Circuit’s decision upholding California’s Low Carbon Fuel Standard (LCFS) against constitutional challenge. The LCFS regulates transportation fuels using a “life-cycle” analysis, meaning that it fictionally assigns a “carbon intensity score” based on estimated carbon emissions resulting throughout the entire process of creating fuel. As a result, two chemically identical units of fuel could receive significantly different scores based on estimated emissions produced during the fuel’s development. The problem is, a great deal of these emissions occur entirely outside the state of California. But states may not regulate conduct occurring outside their jurisdiction – to do so violates the Commerce Clause of the U.S. Constitution.

The Supreme Court declined to review the question. Now another state has followed California’s lead and implemented a nearly identical program with the same constitutional infirmities. Once again, the Ninth Circuit upheld the policy.

Oregon’s Clean Fuels Program operates in much the same way as California’s LCFS, and seeks to regulate carbon emissions occurring entirely outside of the state.

But the Supreme Court has held several times that states may not impede the interstate flow of an article of commerce in a way that is not directly related to an attribute of the article itself. For example, in Baldwin v. G.A.F. Seelig, Inc., the Court struck down a New York statute that imposed minimum milk process that dealers had to pay to dairies, whether in New York or in neighboring states like Vermont. 294 U.S. 511, 519 (1935). But under the Ninth Circuit’s ruling, states can accomplish the same ends by using a “life-cycle” analysis.

To illustrate, New York could identify out-of-state activities involved in the production of milk. New York’s minimum wage is higher than the federal minimum wage, while neighboring Pennsylvania’s minimum equals the federal government’s. New York might argue that Pennsylvania’s lower minimum wage puts New York dairies and milk processors at a disadvantage. See, e.g., Debra Burke, et al., Minimum Wage and Unemployment Rates: A Study of Contiguous Counties, 46 Gonz. L. Rev. 661, 678–80 (2011) (describing employment effects of different minimum wage laws in state border areas of Washington and Idaho). New York could then employ a life-cycle analysis model that estimates economic inputs into milk production, similar to the manner in which the life-cycle analysis in the Fuels Program estimates emissions from fuel production. Using that life-cycle analysis, New York could assign a “minimum wage effect” to all milk sold in New York, and require that sellers of milk with a lower assigned minimum wage enter into contracts with their out-of-state suppliers to increase the wages of the producer’s employees.

But states should not be able to accomplish indirectly what the Supreme Court has said they may not do directly. As we warned the Court back in 2014, the problem did not stop with California, and it is clear that it will not stop with Oregon. The state of Washington, as well as nearly a dozen states in the Northeast and Mid-Atlantic regions, are considering implementing similar regulatory policies. That’s why PLF, along with our friends at the Cato Institute and the Competitive Enterprise Institute, filed an amicus brief in support of certiorari, urging the Court to take a close look at this issue and stop states from mucking with the free flow of interstate commerce. PLF was also joined in this brief by the Committee for a Constructive Tomorrow, the Institute for Energy Research, the Energy and Environment Legal Institute, the 60 Plus Foundation, and Capital Research Center.