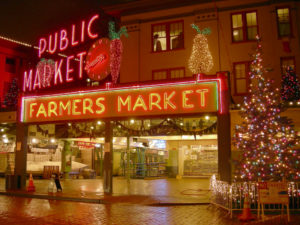 Two questions might help you understand why our clients oppose this new-fangled campaign finance law. First, has anyone run for office recently that you detest? Second, how would you feel if your government forced you to donate $100 to that candidate’s campaign? Now you know how our clients feel about democracy vouchers.

Here’s how the program works: each Seattle resident gets four $25 vouchers. They then use that money to make a political donation to a local campaign of their choice. But that money comes from a special property tax levied just to fund the vouchers. That means property owners are forced to sponsor campaign contributions to candidates they don’t want to support. The manner in which this program played out in the recent election attests to its justice: two candidates with staunchly anti-landlord platforms received most of the democracy vouchers. This means that landlords and other property owners were forced essentially to serve as the largest donors to the candidates most hostile to their own interests. That hardly sounds like “democracy.”

Unfortunately, the King County Superior Court dismissed our clients’ claim, holding that the program satisfied the First Amendment because the vouchers are “viewpoint-neutral.” With the appeal officially under way, PLF will press forward in upholding our clients’ right not to sponsor view they oppose.