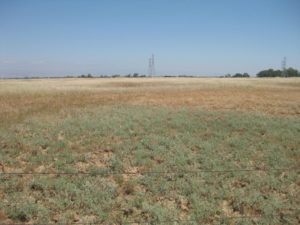 rte and Duarte Nursery, filed a Petition in the Ninth Circuit requesting that it stay the upcoming trial in the Duarte Nursery case. As we have previously reported, Mr. Duarte and Duarte Nursery are facing millions of dollars in fines based on the government’s contention that small and isolated vernal pools and swales on the company’s property are protected wetlands under the Clean Water Act (CWA).

Critical to the outcome of the case is the question of what waters the government can regulate under the CWA. The answer is not straight-forward under existing case law, as the most recent Supreme Court case to address the issue, Rapanos v. United States, was a split opinion with Justice Scalia (and three justices) and Justice Kennedy disagreeing on the appropriate test. Lower courts disagree on how to interpret split Supreme Court decisions, like Rapanos.

Fortunately, the Ninth Circuit is going to hear a case on how to interpret Rapanos next month. The court recently reexamined how it is interprets split Supreme Court opinions and U.S. v. Robertson will be the court’s first opportunity to apply that new analysis to the Rapanos decision. Because the Ninth Circuit is going to answer a question critical to the Duarte Nursery case, PLF asked the trial court to stay Mr. Duarte and Duarte Nursery’s upcoming trial.

It is well known that trials are time-consuming and expensive. They can be even more so if that time and energy is misspent when the court potentially applies incorrect law in the proceedings. PLF’s motion to stay argued that everyone’s resources, including the trial court’s, would be preserved if the trial was postponed until after Robertson is decided. If the trial goes forward next month, it is possible that the trial court would have to conduct new proceedings in light of the Robertson decision.

Despite the pending Ninth Circuit decision, the trial court denied the motion to stay. Now, PLF must ask the appellate court to step in to ensure that no one’s time and energy is wasted arguing the wrong issues. There is little harm to slightly delaying trial, especially in light of the fact that this case has been going on for four years. Hopefully, the Ninth Circuit will prevent a literal rush to judgment, and stay Duarte Nursery’s case until after it decides the correct rule of law.