Nearly two centuries ago, the Supreme Court recognized that the “unavoidable consequence” of the Constitution’s Supremacy Clause is that States have “no power … to retard, impede, burden, or in any manner control” federal policies that are otherwise consistent with the Constitution. California, unfortunately, has forgotten this important history lesson and needs the Supreme Court to give it a refresher.

PLF has filed a petition asking the Court to review a challenge to California’s broad suction dredge mining ban. Our client, Brandon Rinehart, is a California miner who was criminally prosecuted for engaging in an activity on federal land that federal law encouraged him to do. His conviction under the state mining ban irreconcilably conflicts with federal policy.

The Mining Law of 1872 declares federal lands “free and open” to mining. The Supreme Court has confirmed that “[t]he obvious intent was to reward and encourage the discovery of minerals that are valuable in an economic sense.” Nearly a century later, Congress itself reaffirmed the nation’s “continuing policy” to encourage “the development of economically sound and stable domestic mining.”

Under our Constitution, “any state legislation which frustrates the full effectiveness of federal law is rendered invalid.” States have no authority to erect “obstacle[s] to the accomplishment and execution of the full purposes and objectives of Congress.”

Yet that’s precisely what California has done by banning mining. Rather than regulating mining’s environmental impacts, the state imposed a blanket ban on this federally encouraged activity. Obviously, that undermines Congress’ purpose in encouraging mining. 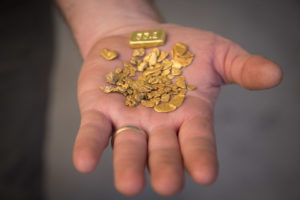 Nevertheless, the California Supreme Court upheld the ban against Rinehart’s challenge, breaking rank with every other court to consider the question. The Eighth Circuit, Federal Circuit, and Colorado Supreme Court have all held that a state goes too far when it “seeks not merely to supplement the federal scheme, but to prohibit the very activities contemplated and authorized by federal law.” The California Supreme Court also thumbed its nose at the U.S. Supreme Court, which thirty years ago held that states may regulate mining but “a state environmental regulation so severe” that it would render mining “commercially impracticable” would be invalid.